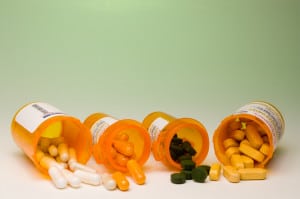 Selective serotonin reuptake inhibitors (SSRIs) are a class of antidepressant medications that are prescribed to treat major depressive disorder (MDD) and various anxiety disorders. Since the U.S. Food and Drug Administration (FDA) approved Prozac (fluoxetine) in 1987,1 various other SSRIs have been developed – and SSRIs have become on the most widely prescribed antidepressants in the U.S.

Despite their popularity and effectiveness, however, SSRIs have been linked to a number of serious side effects, the worst of which can be deadly.

If you or a loved one has suffered any serious SSRI complications, the dangerous drug lawyers at the Amaro Law Firm are ready to help you seek compensation and justice. Devoted to providing superior advocacy and compassionate, personal service, our attorneys can help you determine if you have an SSRI claim – and, if so, help you position your claim for success and possible financial recovery.

SSRIs are antidepressants linked to suicidal thoughts, birth defects, and more. SSRI patients who develop serious complications can be entitled to compensation for their injuries and losses.

Get a FREE Consultation
Background on SSRIs:  How They Work

Selective serotonin reuptake inhibitors work by increasing serotonin levels while limiting the reabsorption (or reuptake) of this neurotransmitter by certain cells. Serotonin is a neurotransmitter (a chemical released by nerve cells) that is believed to control mood, as well as various biological processes, including digestion, sleep and sexual function.

Along with MDD, SSRIs are prescribed to treat conditions like (but not necessarily limited to):

While some SSRIs are approved for use in children who are as young as 8 or 12 years old, some may also be prescribed for use during pregnancy when the benefits outweigh the potential risks.

Common, milder side effects associated with SSRI use include (but may not be limited to):

Generally, these side effects are more likely to arise with higher doses of SSRIs, and they dissipate as the body becomes accustomed to the drug or after use of the drug stops.

According to the latest data on SSRIs:2

Many SSRI medications have been available in the U.S. since Prozac was first approved by the FDA. Some of these include:

SSRI medications have been linked to some serious complications, the most severe of which can be life-threatening. These include (but may not be limited to):

Over the past few decades, the FDA has issued a number of safety communications and warnings regarding SSRI drugs. Some of these include:

To date, thousands of lawsuits have been filed against the makers of SSRIs, alleging that:

The growing number of these claims has spurred the Judicial Panel on Multidistrict Litigation (JPML) to establish MDLs for some of these cases. Some of the SSRI MDLs include the:

The intent behind these MDLs has been to facilitate pretrial proceedings while establishing consistent rulings across similar claims. Although some of these MDLs have been closed via settlements, others remain active and ongoing.

For new SSRI claims, plaintiffs may have a choice to join an ongoing MDL or to proceed with an individual case (outside of the MDL). A lawyer at the Amaro Law Firm can explain the best option for your claim, after reviewing the details and discussing your needs and objectives.

Find Out More about Your Potential Claim: Contact a Dangerous Drug Lawyer at the Amaro Law Firm

A dangerous drug lawyer at the Amaro Law Firm is ready to partner with you in the pursuit of recovery and justice if you or a loved one has been seriously injured by any SSRI drug.

Backed by more than 20 years of legal experience, our attorneys have the insight, skills and resources you can count on for exceptional advocacy as we help you navigate the complex process.

The Amaro Law Firm has a proven record of success in dangerous drug (and other personal injury) claims, as affirmed by testimonials from our former clients and our 5-star ratings on Google and Facebook.