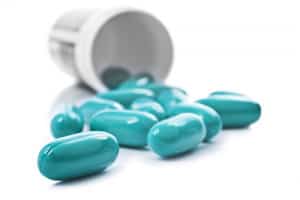 Lexapro (escitalopram) is an oral medication prescribed to treat major depressive disorder (MDD) and generalized anxiety disorder (GAD). Made by Forest Laboratories, LLC (Forest, a subsidiary of Allergen), Lexapro was approved by the U.S. Food and Drug Administration in August 2002.1

Since then, it has been linked to some serious side effects, including suicidal thoughts and behaviors.

The dangerous drug lawyers at the Amaro Law Firm are ready to help you seek compensation and justice if you or a loved one has suffered serious Lexapro complications. Dedicated to providing superior advocacy and personal service, our attorneys can help you determine if you have a Lexapro claim.

Get a FREE Consultation
Background on Lexapro: Uses & How It Works

Classified as a selective serotonin reuptake inhibitor (SSRI) drug, Lexapro is FDA approved for the treatment of MDD and GAD in adults and children over the age of 12.

Lexapro works by increasing serotonin levels in the brain to restore the brain’s overall chemical balance. Produced by nerve cells, serotonin is a chemical that is believed to regulate mood, happiness and anxiety, as well as play an important role in other bodily processes, like digestion and sleeping.

Generally, Lexapro takes several weeks to be being working. When it does take effect, it typically relieves physical symptoms and sleeping problems first.

Common side effects that are associated with Lexapro use and that tend to dissipate as the body adapts to the medication can include (and may not be limited to):

Lexapro may be prescribed to pregnant women when “the potential benefit justifies the potential risk to the fetus,” according to the FDA. Lexapro is not, however, indicated for use by those taking certain medications, such as:

Lexapro has been associated with some serious side effects, the worst of which can be potentially deadly. These include (but may not be limited to):

The FDA has taken action to warn the public about the serious side effects linked to Lexapro use. The first FDA warning came in October 2004, when regulators ordered Forest to add a black box warning to Lexapro packaging and marketing materials.3

The black box warning, the most serious FDA warning that indicates the potential for deadly side effects, explains the risk of developing suicidal thoughts and behaviors when using Lexapro.

In 2006, the FDA issued another Lexapro warning, this time alerting the public to the drug’s link to birth defects and autism when used by pregnant women.

Many of those who have been harmed by Lexapro have already taken action against Forest, filing lawsuits to hold this drug maker accountable for the injuries and losses caused by Lexapro. These lawsuits generally allege that Forest:

If you or a loved one has been harmed by Lexapro, it is not too late to file a claim against Forest and seek compensation for losses like (but not limited to):

While no sum of money can ever reverse the permanent losses caused by Lexapro, these financial recoveries can be the key to restoring lives and gaining some justice.

Find Out More about Your Potential Lexapro Claim: Contact a Dangerous Drug Lawyer at the Amaro Law Firm

A dangerous drug lawyer at the Amaro Law Firm is ready to help you if you or a loved one has been seriously injured by Lexapro.

Backed by more than 20 years of legal experience, our attorneys have the insight, skills and resources you can count on for exceptional advocacy.

Representing individuals and families from across the U.S. in Lexapro claims, we have a proven record of success in dangerous drug (and other personal injury) claims, as affirmed by testimonials from our former clients and our 5-star ratings on Google and Facebook.