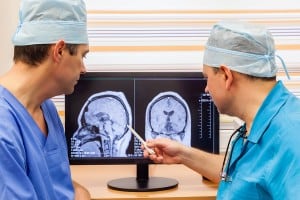 Traumatic Brain Injuries (TBIs) are a serious health problem, and it is a major cause of death and disability in the United States, accounting for 30% of all injury related deaths.[1]  TBI is commonly referred to as the “silent epidemic” because in many cases the consequences related to the injury and which affects a person´s thinking, language, emotions and behaviors are not very apparent.  This is especially true with mild traumatic brain injuries.  It is also regarded as silent epidemic because awareness related to TBI the general public is very limited.

Neuroscientists all over the world are working very hard to understand how the brain works, and to explain exactly how a brain injury disrupts the brain´s function, and the way this type of injury will impact a person´s life.  There is still much to be discovered about brain injuries, especially in the area of diagnosis.

In addition, modern medicine has also implemented several procedures that are able to determine with reasonable medical certainty whether a person has a brain injury.  The results of these procedure are called “objective findings.”  The most common of these procedures is the Glasgow Coma Scale, which is the summation of scores for eye, verbal, and motor responses.  The minimum score is a 3 which indicates deep coma or brain dead state.  The maximum score is 15 which indicates a fully alert person.

Unfortunately, not one of these tests or procedures provides a 100% certainty as to the existence of the brain injury itself, or the consequences of a brain injury.  Once again, this is especially true regarding mild traumatic brain injury considering both symptoms and signs of moderate and severe brain injury are readily apparent.  This has prompted scientists and medical professionals around the world to create new technologies aimed at diagnosing traumatic brain injuries.

This new technology for diagnosing traumatic brain injury is in the form of tests which measure the extent of the physical trauma that the brain suffered by looking at the body response to such injury, such as bleeding in the brain or markers in the bloodstream.

When there is bleeding in the brain, the FDA has approved a battery-powered device called the InfraScanner, developed by the Office of Naval Research (ONR).[2]  When there is bleeding in the brain as a result of an injury, there will be pools of blood in the brain which absorb and reflect light differently than normal brain tissue.  By shinning a particular wavelength of light onto different parts of the head, the device can spot life-threatening bleeds or hematomas.[3]

In addition, scientists are also trying to find ways to spot changes in blood chemistry which are specific to brain injuries.  This is done through biomarkers tests which indicate the presence of some disease or injury.  Biomarkers, reflecting a biological response to injury or disease, have proven useful for the diagnosis of many pathological conditions including cancer, heart failure, infection, and genetic disorders.[4]

In the traumatic brain injury context, there are specific biomarkers in the cerebrospinal fluid and serum, such as BB isozyme of creatine kinase (CK-BB, predominant in brain), glial fibrillary acidic protein (GFAP), myelin basic protein (MBP), neuron-specific enolase (NSE), and S100B.[5]  The presence of these biomarkers may be helpful to diagnose persons with mild TBI where other tests and procedure are not successful in that regard.

There are several methods, procedures and tests to determine whether a person has sustained a traumatic brain injury.  However, even though most of these test have proven to be extremely effective regarding moderate to severe traumatic brain injury, they are not as affective when the injury is mild, which can lead to misdiagnosis issues.

[1] According to the Centers for Disease, Control and Prevention.