Man Dies in Wreck with Stalled 18 Wheeler in San Antonio 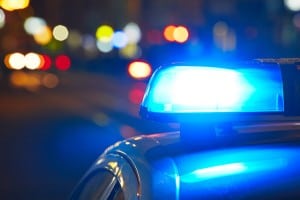 On Saturday night, a man crashed into a stalled 18 wheeler trailer in San Antonio, Texas.  The 18 wheeler was reversing into a driveway near Kirk Place and Southwest 21st Street when his vehicle stalled, blocking several lanes of traffic.  The driver of the 18 wheeler attempted to direct traffic using a flashlight.  Ines Arnoldo Sanchez was driving a Ford F-150 and collided with the trailer.  He was killed on impact.  The driver of the 18 wheeler suffered no injuries, and no charges are pending at this time.

Federal and state law imposes very strict regulations on commercial truck drivers in order to protect the public from preventable accidents such as this.  Anyone who continuously disregards the federal regulations needlessly puts the public at risk.  These individuals must be held accountable for their actions so that our roads can be made safer.

The Amaro Law Firm litigates 18-wheeler cases nationwide.  Therefore, we encourage anyone with information about the wreck to come forward so that we may help bring the families justice.  If you have any information regarding the wreck, as a witness, passerby, or are a relative of the deceased or injured, do not hesitate to contact us.

WARNING: If an individual approaches an accident victim or accident victim’s family in an attempt to convince them to sign up with an attorney, those acts may constitute illegal conduct known as barratry.