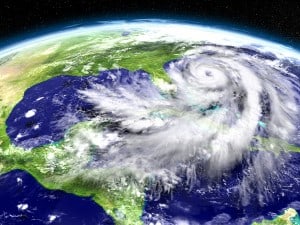 Hurricane Matthew, a category 4 hurricane with winds over 145 mph, struck Haiti and the southeastern United States from October 6, 2016 to October 8, 2016 when it was downgraded to a category 1 with 75 mph winds as it made landfall north of Charleston, South Carolina.  In Haiti, Hurricane Matthew was responsible for killing more than eight hundred people, causing severe massive flooding in the Bahamas.

Hurricane Matthew also caused extensive damages to the eastern side of Florida as it moved north before making landfall in South Carolina.  By Sunday morning October 9, 2016, Matthew became a post-tropical cyclone just off the coast of North Carolina with wind gusts of 79 mph.  The death toll as of today is: North Carolina, 8 deaths; Georgia, 4 deaths; Florida, 6 deaths; and South Carolina, 1 death.  Over 750,000 households and businesses were still without electricity in Florida as of late Saturday afternoon.

In addition to human lives, an analyst from CoreLogic, a research and consulting firm, estimated the economic loses between 4 billion to 6 billion dollars for both commercial and residential properties, which does not include loses related to additional flooding, business interruption, and content.[1]  From Florida to South Carolina, the storm surge caused catastrophic damages.

So far this year, we have all witnessed extreme weather-related disasters, such as the Texas and Louisiana flooding in March 2016, the North Texas hail storms in March and April of 2016, the tornadoes in the South and Southeast of the United States, and the Louisiana flooding in August 2016, among others, which account for several deaths and more than 20 billion dollars in property damage and/or economic loses.[2]

This information should make us all aware that we should always take proper steps to protect our investments and/or property, as well as our family from financial risks in case of death and/or unforeseeable events and natural disasters.  Unfortunately, insurance companies may try to underpay, relay, or deny claims even if they are valid, in an effort to save as much money as possible so that they can minimize their exposure.

An insurance attorney can help you ensure that your insurance company handles your claim according to their duty of good faith and fair dealing. The attorneys at the Amaro Law Firm have vast experience dealing with insurance companies.  In fact, some of their attorneys worked as insurance company defense lawyers before joining the firm.  Now, they help property owners fight for fair and just treatment.  Our consultations are free.  If we cannot add value to your claim, we will not take your case.  When an insurance company is found to have acted in bad faith, they are required to pay reasonable attorney’s fees.  Therefore, we are only paid if we win.  Contact us for a free claim review.