How to Report a Car Accident to Police: 3 Steps & 3 Helpful Tips 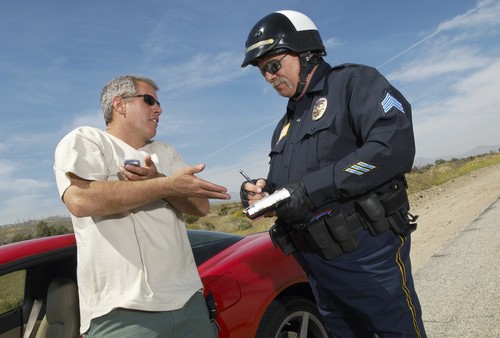 When reporting a car accident to police:

As you report a crash to police, here are some helpful tips to remember:

3 Steps to Take When Reporting a Car Accident to Police

When you call police to report an auto wreck, follow these three steps to protect your rights and a potential car accident claim.

Step 1: Only explain the facts of the crash.

The facts of the accident can include (and are not limited to):

Only discuss the facts you’re certain of. And, remember, that you may not be able to note any facts of the crash if, for example:

If you admit fault, even mistakenly, it can be recorded in the police report and used to pin some or all of the blame on you later—even if you didn’t actually cause the wreck.

In fact, even if you think you may have caused the crash, it’s still crucial to avoid admitting or accepting blame because you never know the role others’ may have had in causing the accident. For instance, another involved driver may have been drunk, and you may not be aware of this until well after the crash.

Just as you should never admit fault, it’s also important to not assign fault to others at this point. Simply state the facts of the accident as you know them, and let police conduct their investigation.

This information can help you can easily request a copy of the police report later. Plus, if you happen to remember critical details about the crash later, you can follow up with the officer to report those and have them included in the official police report.

3 Tips to Follow When Reporting a Car Accident to Police

Keeping these tips in mind can help you as you speak to police—and as you move forward after reporting the accident.

Car accidents are upsetting, and it can be easy to be emotional after a crash happens. While it’s understandable to be upset following a wreck, do your best to remain calm and avoid extreme emotions, like hysterics and angry outbursts.

Your demeanor after the crash can be documented in the police report, meaning it may be used later to support or hurt your claim. For instance, irrational and outrageous behavior after a crash may be used to argue that you were impaired at the time of the wreck.

Police and others will have a lot of questions after an accident, and you may not have all the answers. And that’s OK!

Whenever you don’t know a detail or you’re not completely sure of it, it’s far better to say you don’t know, rather than guess or make an assumption. Further investigation and additional evidence may uncover the answers to anything unknown about the crash.

If you do make a guess or assumption to try to fill in the blanks, your answers can come back to bite you by, for example, damaging your credibility later.

Tip 3: Police don’t always find all of the available evidence.

Police can be immensely helpful after an accident, but their reports are NOT the last word on accident. In fact, it’s crucial to remember that police may:

The best way to ensure you get all of the evidence you need to determine fault—and support a future car accident claim—is to work with an experienced car accident lawyer at the Amaro Law Firm.

The Amaro Law Firm Can Help You Recover from a Car Accident: Contact Us

If you or a loved one has been hurt in a car accident, a Houston car accident attorney at the Amaro Law Firm can help you in the pursuit of justice and compensation. Our top-rated lawyers are ready to explain your legal options and how to get on the road to recovery.

At the Amaro Law Firm, our attorneys are dedicated to helping accident victims navigate the claim and recovery process so they can focus on healing. We understand that compensation can’t reverse the past and undo the damage caused by car accidents—and we also know how the recoveries from these cases can be pivotal to restoring lives.

That’s why we’re committed to being relentless advocates for accident victims so they can get the maximum recoveries and rebuild their lives.

The Amaro Law Firm’s record of excellence and success in motor vehicle accident cases has earned us a 5-star rating on Google and Facebook, glowing testimonials from former clients, and a 10 rating on Avvo.