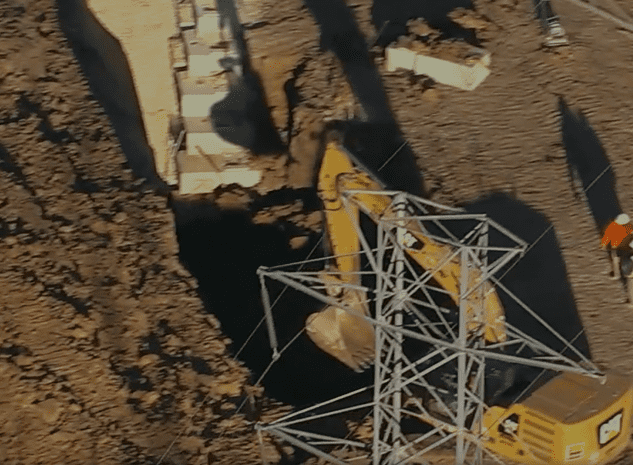 Little Has Been Reported About the Causes & Injuries, But Here’s What We Know So Far

At 3 p.m., multiple fire trucks from the Houston Fire Department (HFD) responded to an emergency call, reporting a trench collapse near the intersection of West Orem Dr. and Almeda Rd.

Authorities have not reported how long it took to rescue the victims, what efforts were needed to pull them from the trench, or how they were injured.

HFD has simply stated that victims were not rushed to nearby hospitals immediately after they were pulled from the trench.

Also at the scene on Monday afternoon was a local news helicopter. It managed to capture video of HFD’s response, as well as other people and things at the site after the accident, like workers, construction equipment, cement blocks, and more.

Along with victims’ injuries, there are some other major unknowns about this Houston trench cave-in — like what victims were doing at the site, how close they were to the trench before it caved in, and what exactly caused the trench to collapse.

Big questions like these continue to pile up in the aftermath of this accident.

Now, many are looking to investigators for answers, hoping officials can determine how this Houston trench collapse happened and how accidents like this can be prevented in the future.

Several factors can contribute to trench collapses like the recent one in southwest Houston. Generally, however, these accidents tend to occur with safety oversights like:

When it comes to the risks and causes of trench collapses, regulators have notably stated that:

According to the latest data on trench cave-ins:

While this data shows how deadly trench collapses can be, it doesn’t begin to reveal the lifelong trauma that just one accident can cause victims and their families.

Your Knowledge Could Help Victims

If you are a victim or a witness with potential knowledge, no matter how minor it may seem, please contact us to share your information. We can make sure it gets to the right place.

Any pictures, videos, information, or evidence you may have could help investigators and the victims. Please contact us 24/7. You may email us here.