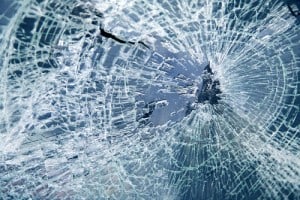 A deadly collision between an 18-wheeler and a car has recently taken the life of a 21-year-old woman from Woodlands. This wreck reportedly happened near Livingston at around 8:45 a.m. on Tuesday, April 11th.

According to a preliminary crash report, the collision occurred when the victim’s Kia struck the rear tires of the truck’s trailer as the truck was merging onto State Loop 116 from northbound Highway 59.

The victim, a student at Stephen F. Austin State University, was pronounced dead at the scene by Justice of the Peace Sarah Arnett. The 31-year-old truck driver reportedly did not suffer any injuries in the crash.

Initial reports indicate that the truck driver drove for CK Trucking (USDOT Number 2857282). According to public records, CK Trucking, a small company based in Point Blank, Texas, has a history of DOT maintenance violations. Some of these violations include failing to maintaining wheels, tires, and windshield wipers.

With the police investigation ongoing, other details about the exact causes of this fatal truck crash have yet to be reported.

The Amaro Law Firm is currently conducting its own investigation regarding liability for this deadly wreck. We encourage anyone with information about this crash to confidentially share it with us.

Deadly truck accidents, like the one described above, can be caused by various factors. In many cases, multiple factors can contribute to a single fatal wreck. Commonly, some of these factors can include:

Although the cause of Polk County truck accident is still under investigation, the Amaro Law Firm is seeking answers to help bring closure to those impacted by this tragic event.

If you were a witness or bystander to this wreck or if you know someone who was, please feel free to confidentially share your information with our firm.