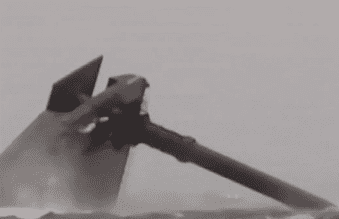 While Search Efforts for the Missing Continue, Six Have Been Rescued So Far

Nineteen crewmembers aboard a 129-foot liftboat were involved in a terrifying and deadly maritime accident in the Gulf of Mexico on Tuesday, April 13, 2021. Just after 4:00 p.m., the Seacor Power capsized about 8 miles south of Port Fourchon, LA, as hurricane-force winds, drenching rain, and 9-foot waves battered the area.

About 30 minutes after the liftboat overturned, the U.S. Coast Guard (USCG) received a distress call from nearby boaters. The first USCG vessel arrived nearly 30 minutes later, pulling one survivor from the water. While another USCG boat rescued a second survivor, civilians also aided in the efforts, pulling four other crewmembers from the turbulent, stormy ocean waters late Tuesday afternoon. By 9 p.m., six crewmembers had been rescued.

On Wednesday morning as rescuers continued their search for the missing, they discovered the body of one dead crewmember on the surface of the ocean. The identity of this victim has not been made public yet.

By Wednesday evening, after more than 24 hours of searching, rescuers had still not recovered any of those still missing. Undeterred, they have continued their search and rescue efforts full force, driven by the hope that those missing will soon be found alive.

What Caused the Liftboat to Capsize?

This is the question that investigators are now trying to answer in the aftermath of this tragic maritime accident. Undoubtedly, the extreme “microburst” of weather that hit the area Tuesday afternoon played a role in the incident.

In fact, according to the National Weather Service (NWS), an advisory regarding adverse weather in the region had been issued just before 4 p.m. on Tuesday. By that time, the Seacor Power had reportedly been at sea for about two and half to four hours, having departed from Port Fourchon around 12:00 p.m. to 1:30 p.m. that day, according to conflicting reports.

Benjamin Schott, an NWS meteorologist in New Orleans, described the conditions at the time, explaining how they created a weather phenomenon known as a “wake low.” Resulting from several thunderstorms in southeastern Louisiana, the wake low created 80- to 90-mile-per-hour winds, along with 7- to 9-foot waves and extremely poor visibility.

800pm update: Showers and thunderstorms coverage is thinning some…and their strength is waning. Gusty winds will continue through the next few hours in and out of those showers. Gusts to 40-50 mph possible. #mswx #lawx #NOLA pic.twitter.com/nSCjbsjaaQ

Still, dangerous weather alone may not be the only cause of this offshore accident. There is a lot investigators don’t know regarding the condition and position of the vessel right before it capsized, what the crewmembers did or did not do as the incident unfolded, and whether there was anything that could or should have been done to prevent this horrific event from occurring.

It’s also unclear why the Seacor Power had been out in such dangerous conditions. Officials did note, however, that the weather on the afternoon of the accident was far worse than anticipated.

Survivors may hold some of the answers as to what caused this liftboat accident. Investigators could also uncover key details from onboard data recorders, vessel maintenance records, and other documentation and records.

Built in 2002, the Seacor Power is an open-deck liftboat with three 250-foot legs designed to extend to the ocean floor. When its legs are extended, the liftboat can elevate a stable platform above the sea’s surface.

Videos recorded by other boaters who were on the waters when the liftboat capsized depict a striking and disturbing scene, with one of the liftboat’s massive legs extending above the sea surface while at least half of the upended vessel plunged deep into the waters below.

The Seacor Power, owned by Seacor Marine , reportedly has a maximum occupancy of 48 passengers and crew. According to Seacor Marine, this vessel can hold over 40,000 gallons of fuel. Authorities have not commented on the possibility of fuel spillage into the ocean. However, USCG Captain Will Watson did note that any potential impacts to the environment were “minimal.”

Search and rescue teams are still exhaustively looking for the Seacor Power’s 12 missing crewmembers. So far, several agencies have joined the intensive efforts, putting in more than 40 hours to cover at least 1,440 square miles—an area bigger than Rhode Island. Those involved in the search include many Coast Guard units, with teams in sea vessels, helicopters, and airplanes, as well as the crews from the Louisiana Department of Wildlife and Fisheries, the Port Fourchon Harbor Patrol, the Lafourche Parish Sheriff’s Office, and more.

Currently, officials believe the Seacor Power is aground in about 55 feet of water, meaning the vessel is not drifting. Some are holding out hope that the overturned liftboat has air pockets and survivors.

Describing the search efforts, Capt. Will Watson also explained that:

Our rescue crews have been diligently continuing the search and rescue efforts for the missing people from the capsized vessel. When it comes to search and rescue, each case is dynamic, and no single case is the same as the next. Anytime our Coast Guard crews head out for search and rescue, it is always our hope to safely bring those people back and reunite them with their friends and families.

With the search continuing, many are praying for the missing, the victims, and their families.

Please join @FirstLadyOfLA and me in praying for those who remain missing after yesterday’s capsizing off the coast of Grand Isle and for those who are working to rescue them. #lagov

Many are also eager for answers about what exactly went wrong, whether weather conditions alone were to blame, and what can be done to prevent similar accidents in the future.