WHAT YOU HAVE TO PROVE IN A PERSONAL INJURY CASE 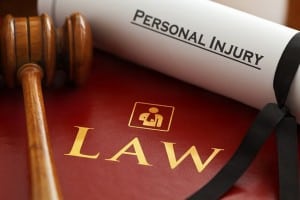 In personal injury cases, the injured party must show four things.  There must be evidence that a duty was owed by a party, that party breached that duty, the breach of the duty caused an injury, and that injury resulted in damages to the injured party.  A duty is simply one’s obligation to others, to act as a reasonable and ordinary person under the same or similar circumstances.  A breach of the duty is essentially failing to use ordinary care, that a person of ordinary prudence would have under the same or similar circumstances. However, even if there is clearly a duty and a breach, there is no liability unless you prove the act or omission proximately caused the injury.

Causation is vital to a personal injury claim because it links the wrongful acts and the injury.  Legal causation is typically proven by evidence that the offending act or omission was a substantial factor in causing the occurrence , and without which cause such occurrence would not have occurred.  In order to be a proximate cause, the act or omission complained of must be such that a person using ordinary care would have foreseen that the occurrence, or some similar occurrence, might reasonably result therefrom.  There may be more than one proximate cause of an occurrence.  If causation cannot be shown, the party is not liable, despite the wrongfulness of their acts or omissions.  Without the link between a breach or wrongful act, and an injury, the party will not be liable.

Causation may be shown by cause in fact which means that the act or failure to act by the other party was a substantial factor in bringing about the injuries.  This is viewed as substantial because without the act or omission, the harm would have not occurred.  It is not enough to show that the other party made the injury possible.  Evidence is used to show the act made the injury possible, and had it not been for that action, the injury would not have occurred.

The second element of proximate cause is foreseeability.  A court determines foreseeability by asking the question of whether a person of ordinary intelligence would have anticipated the danger created.  If an ordinary person would believe that the act or failure to act could foreseeably result in the injuries that occurred, then the requirement has been met.

The experienced trial attorneys at the Amaro Law Firm know exactly what it takes to prove causation and the other elements necessary to win a personal injury lawsuit.  Consultations are free and if we cannot win your case, you do not pay anything out of pocket, which means that we only win if you do.