The Relationship Between TBI and Early Dementia 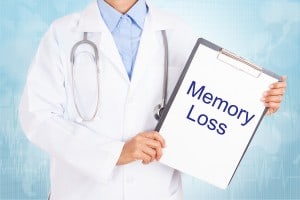 Dementia is a medical term used to identify a decrease in mental ability and which interferes with a person´s ability to perform daily activities and to function independently.  Contrary to what some may think, dementia is not a specific disease.  Rather, it is a generic term used to describe a wide variety of symptoms associated with a declined memory or a decrease in cognitive skills.  The most common example of dementia is Alzheimer’s disease which represents up to 80% of dementia-related cases.  Less common cases include vascular dementia, which can be the result of a stroke or thyroid problems.

Considering that this medical condition shares some of the most TBI-related symptoms, it is only fair to wonder if there is a connection between TBI and dementia.  All forms of TBI (e.g. mild, moderate, or severe) can lead to a decline of memory and cognitive skills.  Additionally, there are other symptoms that are shared by both conditions such as loss of ability to concentrate, to retain new information, to pay attention, to plan activities, etc.

Over the last 30 years there have been numerous studies conducted by scientists around the world regarding the link between TBI and dementia, the majority of which have concluded that there is in fact a connection between TBI and developing Alzheimer’s.  There was one study in particular[1] which found that people who have suffered a moderate TBI are 2.5 times more likely to develop dementia than a person without this type injury.  In severe TBI cases, the estimate increases up to 4.5 times.  According to these studies, there is no evidence that suffering from a mild TBI will increase the risk of developing dementia, although it is well known in the science and medical community that even a mild TBI can lead to life-changing and devastating effects.

A TBI, regardless of its form, it´s a serious health problem which often leads to numerous and severe effects, like dementia.  The attorneys at the Amaro Law Firm have vast experience dealing with these type of cases, and have successfully litigated brain injury cases where the main cause of injury is somebody else´s negligence.  Contact us today for a free evaluation of your case.