Athletes who play high-contact sports are at risk of suffering various injuries, including concussions, a mild form of traumatic brain injury (TBI). While various research has suggested that concussions in athletes commonly go unreported, a recent cross-sectional study focused on uncovering the prevalence and risks associated with undiagnosed sports concussions.

Have You or a Loved One Been Diagnosed with a TBI?

Download this Free TBI eBook for Helpful Information about

Types of TBIs & the Legal Recovery Options for TBI Survivors

You are also invited to call (877) 892-2797, text (281) 612-8024 or email our firm for a free, no obligations consultation and essential advice regarding your potential TBI claim. If you can’t visit our offices, we offer free virtual and mobile consultations.

Background on the Concussion Study 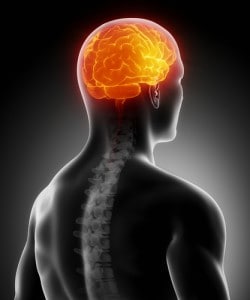 Entitled The Prevalence of Undiagnosed Concussions in Athletes, this clinical study focused on 486 patients who had been “diagnosed with sports-related concussions or concussions with injury mechanisms and forces similar to those observed in sports.”

While this included athletes, it also included others – like those who had concussions resulting from falling accidents (from a standing position) or fist-fighting. It did not, however, include those with “more severe injury mechanisms,” such as the victims of car accidents.

To evaluate the incidence and risks of undiagnosed sports concussions, researchers gave participants:

Those who answered, “Yes,” to the question were considered to have had experienced a previously undiagnosed concussion.

According to researchers, 148 participants answered, “Yes,” to the survey question. Effectively, this means that 30.5 percent of those involved in this study had suffered a previous head injury that was not diagnosed as a concussion but that was associated with symptoms on the PCSS.

These findings led researchers to conclude that:

Based on these conclusions, researchers recommended “a prospective study” to uncover “the reasons behind the underdiagnosis of concussions.” The intent would be to discover new and better ways to “effectively encourage these athletes to seek proper medical attention” after suffering head and brain injuries.

Find Out More about Your Potential TBI Claim: Contact a Houston Brain Injury Lawyer at the Amaro Law Firm

A Houston brain injury lawyer at the Amaro Law Firm is ready to provide you with the answers, guidance and representation you need to position a TBI claim for any possible recovery.

Although we are aware that money can never reverse the impacts of permanent injuries and losses, we also know that recoveries from TBI cases can provide the financial means to get the right treatments and restore lives.

Let us put our experience, acumen and skills to work helping you recover from a TBI. Our record of success and exceptional representation in TBI (and other personal injury) cases has earned us 5-star ratings on Google and Facebook.