The Stowers Doctrine imposes an extracontractual duty on insurance companies when considering a settlement demand that is within the limits of the insurance policy.  If an insurer rejects a reasonable settlement offer and an excess verdict is obtained above the policy limits, the Stowers Doctrine provides that the insurance company may be liable for acting in bad faith in handling the claim.

The Stowers Doctrine, which is named after the case that established it (G.A. Stowers Furniture Co. v. American Indemnity Co., 15 S.W.2d 544, 547 (Tex. 1929)), is intended to promote good faith insurance practices when it comes to settling liability claims. 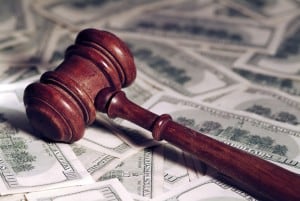 The Stowers Doctrine can apply to Texas personal injury cases in which:

With no settlement, the personal injury claim will proceed to trial. If the jury awards the plaintiff an amount greater than the original policy limits, the Stowers Doctrine holds that the insurance company can be liable for the full jury award (including any compensation that exceeded the original policy limits) in a post-judgment bad faith lawsuit.

Here’s a helpful example that clarifies the Stowers Doctrine. Let’s say that you were hurt in a car accident in Houston and that:

If you refuse the low offer (which is in your best interests), then:

When pretrial settlement negotiations fail, sending the insurance company a Stowers demand can be a powerful strategy for plaintiffs (before proceeding to trial).

A Stowers demand is a specifically phrased letter that is sent to the insurance company. The purpose of this demand letter is to:

Whether a Stowers demand is appropriate for your case will depend on the details and nature of your claim. An experienced attorney can explain your best options for financial recovery after going over the specifics of your case.

To find out how the Stowers Doctrine may apply to your potential claim, contact a Houston personal injury lawyer at the Amaro Law Firm by calling (877) 892-2797 or by emailing our firm.

Our attorneys have earned 5-star ratings on Google and Facebook. They are ready to meet with you for a free case evaluation, during which they will answer your questions and provide you with the information you need to position a potential claim for success.