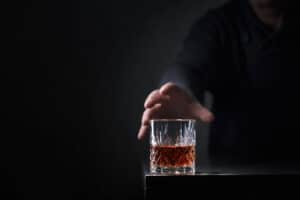 According to the Centers for Disease Control and Prevention (CDC), 13,592 people were killed in crashes involving a drunk driver in Texas between 2009 and 2018. Impaired driving is already the most dangerous behavior on the road, but when an intoxicated person is operating a large truck, the situation becomes even more alarming.

The percentage of drivers involved in fatal crashes that had a recorded blood alcohol content (BAC) level over the Texas legal limit of .08 g/dL was highest among motorcyclists at 25% in 2018, according to a report by the National Highway Traffic Safety Administration (NHTSA). Although the NHTSA report recorded large truck drivers to have the lowest percentage of impaired drivers involved in a fatal accident (at 3%), anything above zero is worrisome.

The duties of commercial truck drivers are more extensive than the responsibilities of the typical motorist. Large trucks are more challenging to operate than the average vehicle, and when they are involved in a crash, they are more likely to cause severe injuries and property damage than a passenger vehicle.

Victims of truck accidents should understand the duties of a truck driver because if they fail to live up to their obligations, they could be found negligent under Texas law. A few responsibilities truckers must fulfill are:

What Should You Do After Being Hit by an Impaired Truck Driver in Texas?

Due to the strict regulations and testing that truck drivers must endure to keep their jobs, drunk driving is among the least likely causes of truck accidents. Although the BAC threshold for drunk driving is .08% in Texas, the Federal Motor Carrier Safety Administration is not as lenient. According to the FMCSA, anyone with a BAC at or above 0.4% operating a commercial vehicle is to be regarded as driving under the influence.

If you have been struck by a truck driver that was thought to be driving under the influence, follow these steps:

After an accident, your safety and wellbeing should always be the priority. Not all injuries will show up immediately, so it is advisable to call 911 or be checked out by a medical professional to ensure your stability.

Find a safe place out of the roadway to call the local authorities. Not only will the police have the ability to test a driver’s BAC, but you will also be able to file an official police report detailing the incident.

Take photos and/or videos of everything you can that could be related to your case. Don’t forget to photograph all vehicles involved, any other damaged property, injuries, and the overall scene.

Gather the names and phone numbers of anyone on the scene (witnesses, involved parties, and responding officers).

Report the Crash with Your Insurance Company

You will need to file a claim with your own insurer shortly after the accident, but do not speak with any other insurance agencies or adjusters until you have had a chance to consult your attorney.

Truck accident cases are complex and require extensive knowledge of trucking regulations. Nobody is guaranteed a settlement or award; however, working with an experienced truck accident attorney will give you the best chance of resolving your claim favorably.