5 Essential Facts to Know When Filing a Workers Compensation Claim 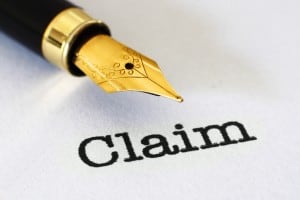 Essential Facts to Know When Filing a Workers Compensation Claim

When a worker sustains an on-the-job injury, by law,1 that injured worker should generally be entitled to compensation for his medical treatments and lost wages.

In practice, however, it can be very challenging for injured workers to obtain these recoveries. This is largely due to the fact that employers and their insurance companies are commonly focused on protecting profits – even if that comes at the expense of justice and the injured worker.

A recent Texas case, Amigos Meat Distributors, L.P. v. Guzman, exemplifies these challenges. It also holds some essential lessons and takeaways for injured workers who may be preparing to move forward these claims.

Were You Hurt at Work?

Are You Struggling to Get the Compensation You Deserve?

The plaintiff injured his back in May 2011 while working for Amigos Meat Distributors, L.P. Although Amigos initially agreed to pay for the plaintiff’s medical treatments, it stopped covering these costs after about three months when surveillance of the plaintiff showed him carrying a laundry basket.

The claim eventually went to trial, at the end of which the jury awarded the plaintiff $287,809.94. Amigos appealed this verdict, challenging the medical expenses and alleging that the plaintiff’s lawyers conducted “improper questioning and argument,” resulting in incurable error.

Though the court has yet to issue a ruling on the appeal, this case holds some important insights for workers seeking fair and just compensation for their on-the-job injuries.

With experience in insurance defense, the attorneys at the Amaro Law Firm know exactly how the insurance business works, what strategies these companies use and how to effectively combat them.

Position Your Claim for Success: Contact a Houston Work Injury Lawyer at the Amaro Law Firm

If you or a loved one has been hurt at work, contact a Houston work injury lawyer at the Amaro Law Firm for clear answers and helpful advice regarding your rights and recovery options.

Call (877) 892-2797 or email our firm to set up a free consultation and get the information that can make all of the difference in the success of your claim. We provide virtual consultations, and we can travel to meet you if you are unable to visit our office.

With extensive experience representing injured workers, our attorneys have the skills, resources and knowledge to protect your rights and interests in any legal setting. We are ready to help you move forward with a potential claim and position it for the best possible outcome.

Our record of success and exceptional representation in work injury cases has earned us 5-star ratings on Google and Facebook.

1: According to Texas (and other states’) workers compensation laws