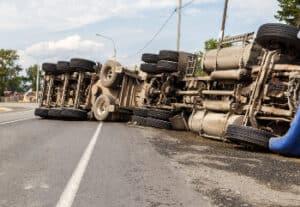 Vital to the transportation of goods across the United States, one could argue that large commercial trucks are the backbone of our economy. While big rigs are essential, unfortunately, they are also hazardous. When cars collide with these giants of the road, severe injuries and fatalities are not uncommon, especially for occupants of passenger vehicles. The Federal Motor Carrier Safety Administration (FMCSA) reported that in 2017, only 18% of people killed in truck accidents were occupants of the truck.

This is not to say that driving or riding in an 18-wheeler is necessarily safe, either, especially here in Texas. The Centers for Disease Control and Prevention (CDC) named Texas as having the highest number of large-truck occupant deaths in 2018, with 137 truck occupant fatalities. The following state, Florida, trailed far behind Texas that year with 53 deaths, and California came in third with 45. Unfortunately, many of these accidents have been the result of mechanical issues.

How Often Do Mechanical Problems Cause Truck Accidents?

While many of us assume that the drivers are usually at fault for a crash, sometimes the blame doesn’t fall on any of the drivers involved. Mechanical issues can cause any vehicle, including trucks, to lose control and trigger an accident. When a mechanical issue is found as the cause of a crash, employers, manufacturers, or cargo loaders could be held liable for any damages caused.

The FMCSA conducted the Large Truck Crash Causation Study (LTCCS) to analyze the causes of serious crashes involving trucks with a gross vehicle weight rating of over 10,000 pounds. Each crash examined in the study involved at least one large truck and at least one injury or fatality. Although it is impossible to get an exact count on how many truck accidents are caused by mechanical failure, the analysis brief from the study reports that an estimated 10% of the accidents examined were caused by the truck itself.

Mechanical Problems that Could Lead to a Truck Accident

There are many different types of mechanical problems that could cause or contribute to a truck accident, such as:

Who Could Be Found Liable in a Texas Truck Accident?

Unlike in most motor vehicle accidents, truck accidents often involve multiple negligent parties. Possible parties that could be found at-fault for a large commercial truck crash can include the truck’s:

Sometimes, the court may find not only the defendant liable for a truck crash but the injured party as well. In cases such as these, the claimant would still be able to recover compensation according to Texas Civil Practice & Remedies Code § 33.001. This law states that an injured party can be partially liable for their damages and still recover compensation if they are no more than 50 percent responsible for their injuries. The court would then deduct the claimant’s percentage of liability from their compensatory award. However, if the injured party is more than 50 percent liable, the law states that they are automatically barred from financial recovery.