Traumatic Brain Injuries:  Is the Miserable Minority Actually the Majority? 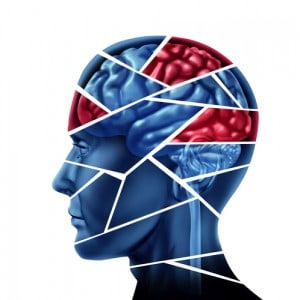 TBIs: Is the Miserable Minority Actually the Majority?

For the last several decades, there has been a conception that 85% of mild traumatic brain injury victims will be symptom free within 3 months of the injury.  The remaining 15% of individuals are referred to as the “miserable minority” for the reason that studies show that this percent of develops persistent post-concussion syndrome symptoms.  A study published on April 11, 2017 by the Public Library of Science (PLOS), in its peer-reviewed open access scientific journal (PLOS ONE), challenges this theory within the neuroscientific community to the test.

Have You Sustained a TBI?
Download our
Free TBI eBook for Helpful Insights about TBIs & the Legal Options for Recovery

The data on which the research was conducted, was extracted from 45 different studies, and it concluded that in contrast to this theory, approximately 55% of persons with a mild traumatic brain injury will demonstrate long-term cognitive impairment, such as disturbances of attention, memory, and executive functioning.

According to this study, people with long-time and permanent effects derived from a mild traumatic brain injury are definitely not a part of a “minority” but actually a “majority.”  There is another very recent report that reveals an ever-higher percentage.  The report published on April 15, 2017, by the Journal of Neurotrauma states that approximately 73% of patients diagnosed with concussion will not reach full recovery within the first year.

To reach this result, symptoms questionnaires were sent to 285 patients who were diagnosed with concussion, based on international sport concussion criteria, of which only 141 responded.  Of this last number, patients with post-concussion symptoms lasting less than three months, a positive computed tomography (CT), and/or magnetic resonance imaging, litigants, and known Test of Memory Malingering (TOMM)-positive cases were excluded, leaving a sample of only 110 patients.  That is, 38% of the total 285 patients.

The report further states that 27% of the population (31 out of the 110 patients) eventually recovered, and 67% of that same population (20 out of the 110 patients) recovered within the first year.  In other words, 73% of the patients with concussions will experience long-lasting, if not permanent, effects.  Once again, the term “miserable minority” is certainly an underestimation in relation to the percentage of symptoms that patients with mild traumatic injury and/or concussion experience long after their injury.

Both reports, however, note that there were limitations and exclusion criteria regarding both their samples and the scope of the studies, concluding that more studies with long-term follow up are needed to predict recovery in persisting post-concussion syndrome, and most importantly, that each mild traumatic injury and/or concussion cases should not be underestimated.

We have discussed in other blogs that the term “mild traumatic brain injury” is oftentimes misleading because the medical term “mild” refers to the severity of the injury and not the consequences of such injury which, according to both studies, in most cases can be devastating, everlasting, and life altering.

If you or a loved one has suffered a mild traumatic injury and you feel you and/or loved one may be part of this so called “miserable minority,” we recommend that you seek proper medical evaluation as soon as possible, and even obtain a second opinion if the symptoms of your brain injury persist.

The Houston brain injury attorneys at the Amaro Law Firm have experience dealing with brain injury cases and will make sure you obtain adequate medical treatment, as well as the compensation you are entitled to, if your injury was caused by the negligence of another person.

Contact us for a free case evaluation by calling (877) 892-2797 or by emailing our firm. We are ready to explain your legal options and to provide you with aggressive advocacy to position your potential claim for success. Our record of success and superior representation has earned us 5-star ratings on Google and Facebook.