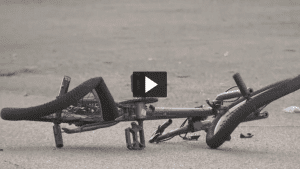 On February 29, 2016, a thirteen-year-old boy was riding his bicycle across an intersection when John Loftin III allegedly accelerated his truck from a stop and struck the minor.  According to reports, Mr. Loftin then intentionally ran over the minor, dragging him several feet in an attempt to flee the scene, leaving the child there to die.  The minor was taken by LifeFlight to Texas Medical Center where he was placed in critical condition with a head injury, several broken bones, broken ribs, and a punctured lung.

In an effort to avoid liability for the injuries to the minor, UAIC is claiming that John is named as an “excluded driver” on the insurance policy for the vehicle involved in the incident, and therefore they are not liable for his catastrophic injuries.  However, UAIC has refused to produce the insurance policy or a copy of the exclusion, which it believes would absolve it of its liability.

Insurance companies often resort to tactics that allow them to maintain profit margins, despite its effect on the public’s best interest.  Even worse, UAIC has gained a reputation as a company that insures consumers who have been rejected by other companies as too “high risk.”  In recent years the Better Business Bureau has received approximately 175 complaints regarding UAIC.

The negligent parties and the insurance companies who “insure” them to share our roads must be held accountable.  Bogus insurance policies which essentially provide no coverage in return for the premiums collected should be better regulated to protect the public from the dangers of risky drivers.  UAIC’s appalling refusal to prove there is no coverage for such a serious and traumatic event exhibits a prime example of the need to reign in unscrupulous insurance practices such as these.

If you or your loved one have suffered injuries as a result of the negligence or intentional tortious conduct of a third party, we want to help you hold them liable.  The attorneys at the Amaro Law Firm feel are compassionate advocates who fight for the victims of wrecks like this one, and we provide aggressive representation so that they can be properly compensated for the injuries they sustained.  Please call us for a free consultation.