The Largest Vehicle Defects of 2016 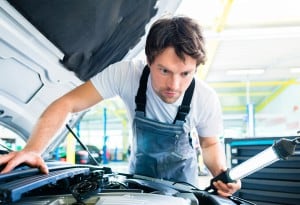 Every year millions of cars are recalled to fix defects.  The urgency of the recall typically depends on the type of defect.  Some vehicles are recalled to adjust software while others are recalled to repair vital safety features.  The number of recalls by automakers has been on the rise for two decades. Each year, cars include more advanced technology and safety features (i.e., more stuff to break).  The largest recalls for vehicle defects from 2016 include:

These major companies issued some of the largest auto recalls of 2016.  Below are those with some of the highest numbers or received the most publicity:

Takata airbags: The largest ever auto safety recall, Takata airbags have affected nineteen auto manufacturers.  To date Takata airbags have caused at least 11 deaths and over 150 injuries in the United States.  The recall is focused on the airbag’s inflator which is a metal cartridge.  When exposed to heat and humidity this piece can rupture in a crash causing it to ignite with explosive force.  This rupture causes shrapnel to launch into the cabin.  It is estimated that the recall will affect 42 million vehicles in the United States and a total of 64 to 69 million airbags are defective.

General Motors: GM has also experienced problems with some of its airbags and has recalled nearly 4.2 million vehicles. Several of its brands including Buick, Chevrolet, and Cadillac have been affected.  In some crashes the car’s diagnostic module prevents the airbags from deploying.  The module goes into test mode which prevents the front air bags from inflating in a crash, and even prevents the seat belts from working properly.

Nissan: Nissan has also been a large part of the airbag recall.  In 2016 Nissan recalled 3.2 million of its cars. The recall was issued because the passenger-side airbags do not deploy properly during a collision.  Several models produced between 2013 and 2016 have been affected.  The sensor that detects if a person is sitting in the passenger seat does not always detect the person so the airbag does not always deploy.

Ford: Ford issued a recall for at least 3 million vehicles in 2016 because doors can open unintentionally.  Some of Ford’s models include a part in the door called a pawl spring tab which can break.  When it does, the door fails to close properly, making it more susceptible to opening without notice, increasing the risk of injury.

Chrysler: Fiat Chrysler has recalled nearly 2 million cars for airbag and seat belt defects that may have contributed to three deaths.  This recall followed a 1.1 million car recall for a gear selector problem that led drivers to believe that their vehicle was in Park when it was not.  The gear defect made headlines when actor Anton Yelchin was killed in June 2016 when he wrongfully believed his car was in park in a steep driveway.  Yelchin was famous for his role in the movie Star Trek.

Has Your Vehicle Been Recalled? If you have received a notification that your car has been recalled it is important to take your car to the dealership or wherever the notice may instruct.  If you have not received a notice but believe your car may suffer from a defect you can visit https://www.recalls.gov/nhtsa.html.  Ignoring a recall notice puts you and those in your vehicle at risk.  There may be a heavy price for ignoring a recall notice whereas peace of mind is priceless.  Recalls are typically paid for by the manufacturer, all you have to do is bring your vehicle.  If you or a loved one has been injured due to an automotive defect, the Amaro Law Firm may be able to help you recover for unnecessary harm.

If you or a loved one has suffered injuries by a product either through negligence, breach of warranty, manufacturing defect, design defect or inadequate warning we recommend you contact us immediately for a free consultation.  Our product liability attorneys will provide you with information about your claim and whether you meet the requirements to file suit against the product’s manufacturer.  Contact us today for a free consultation.