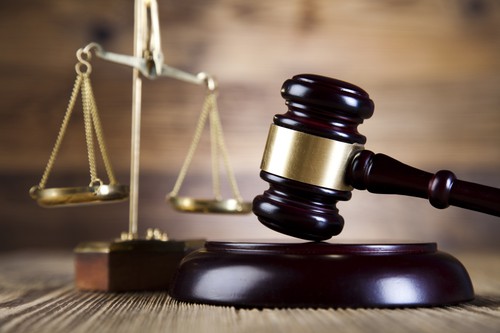 In a 7-to-1 decision issued on April 24, 2020, the high court overruled a judicial sanction imposed in 2016 against Dallas Attorney William Brewer III. The ruling explained that Judge Ruben Reyes could not use his inherent judicial authority to sanction Attorney Brewer for “an abusive litigation practice” due to a lack of evidence that Brewer had acted in bad faith.

Some have praised this ruling as protecting attorneys from unreasonable sanctions. Others have raised concerns that it undermines judicial authority while “unnecessarily [placing] handcuffs” on the courts with regards to sanctionable conduct.

The sanctions at the heart of the high court’s controversial ruling were part of a 2014 wrongful death case (Case No. 2012-504, 105). The case alleged that the poor design of steel tubing, made by Titeflex Corp., contributed to a deadly gas explosion that killed a 31-year-old man.

Brewer was defending Titeflex in the case, arguing that faulty installation—not poor design—was to blame for the deadly explosion.

In May 2014, during the weeks leading up to the trial, Brewer contracted a third-party company to conduct a telephone survey related to the case. It polled 300 residents of Lubbock County, where the case was filed.

According to Brewer, the survey was used to evaluate the public perception of the defense arguments. Judge Reyes was not given any prior notice of the survey.

Notably, some Texas federal courts have orders to regulate these types of surveys when they are being conducted in the same county where a trial will be occurring. The Lubbock County court where this case was pending did not have any such orders in place. Consequently, the court only became aware of the survey when the plaintiff’s counsel discovered it.

Upon learning of the survey, the plaintiffs’ counsel sought sanctions against Brewer. They argued that the survey was a push poll, meant to mislead potential jurors and taint the jury pool.

While the wrongful death case settled before trial in June 2014, the sanctions case continued. In hearings, more details about the survey came to light, including that:

The hearings culminated in January 2016, with Judge Reyes imposing an inherent-authority sanction on Brewer. With this sanction, Judge Reyes noted that Brewer had engaged in “an abusive litigation practice that harms the integrity of the justice system and the jury trial process.” Reyes also stated that “the court finds Mr. Brewer’s conduct disrespectful to the judicial system” and “inimical to a fair trial by an impartial jury.”

While Reyes did not find any violations of attorney professional conduct rules, he did order Brewer to:

In April 2020, the high court overturned the lower courts’ rulings and Reyes’ sanction against Brewer in the 7-to-1 decision. The 40-page majority opinion, written by Justice Eva Guzman, explained that:

Though the survey Brewer commissioned is not without its faults, the evidence shows he undertook reasonable efforts to secure a third-party industry professional to create a relatively balanced public opinion survey for random administration. The record bears no direct, or even circumstantial, evidence of bad faith… At worst, Brewer was lax in failing to ensure the survey was not totally random by securing the exclusion of case-related individuals from the survey database. Leaving the matter entirely in a third party’s hands could arguably constitute gross negligence, as the trial court found, but it does not give rise to a reasonable inference of bad faith. Reviewing the totality of the evidence leads us to conclude the trial court’s concerns about the survey were reasonable, but the court’s finding of bad faith is factually unsupported.

In a partially dissenting opinion, Judge Jeffery Boyd noted that:

Before today, this Court has never held that trial courts can only exercise their inherent authority to sanction a party or attorney if they first find that the party or attorney acted in “bad faith.” Globally applying a bad faith requirement to all inherent-authority sanctions for all sanctionable conduct unnecessarily handcuffs our state’s trial courts and undermines the very reason they possess inherent authority in the first place.