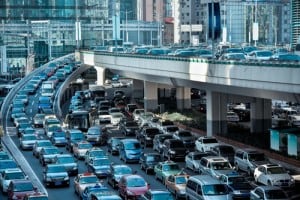 Self-driving cars are expected to hit U.S. roadways in large numbers by 2020. Given that human error causes more than 9 in every 10 auto accidents,1 some expect self-driving cars to prevent auto wrecks and save lives.

In all likelihood, however, self-driving cars will not completely eliminate traffic accidents. This seems particularly true in light of the fact that many self-driving vehicles still require some level of human/driver oversight (and people can – and do – make mistakes).

So, what happens when self-driving vehicles are involved in crashes?Who’s liable? What are victims’ options for financial recovery?

Liability for self-driving car accidents is complex because there are a number of factors to consider. Just some of these include:

In other words, liability for accidents involving self-driving vehicles could include elements of motorist (or simple) negligence, as well as more complicated product liability claims.

These issues can become far more complicated when considering factors like:

Will Regulations Solve the Liability Issue?

Federal regulators are already pushing to pass regulations that would govern safe driving practices for self-driving vehicles. To date, however, the liability issues are still in question.

While some expect states to pass their own individual regulations, this presents another concern – that a piecemeal approach could cause even more confusion, loopholes or uncertainty regarding liability for self-driving car crashes.

Volvo and Mercedes-Benz (and even non-automaker Google) have all pledged to accept strict liability for these types of crashes.

On the surface, this seems risky and counterintuitive. After all, why would carmakers automatically accept liability for the accidents involving self-driving vehicles? And why would they be OK with assuming more liability if their vehicles are reportedly providing greater safety benefits to the driving public?

A few explanations have been offered, including that these carmakers:

Hurt in an Auto Wreck? Contact a Houston Car Accident Lawyer at the Amaro Law Firm

If you or a loved one has been hurt in any type of auto crash, find out more about your options for financial recovery and justice by contacting a Houston car accident lawyer at the Amaro Law Firm.

Call (877) 892-2797 or email us. Our attorneys are ready to meet with you during a free initial consultation and provide you with the information you need to move forward with a potential claim.

We get hired because we get results. The Amaro Law Firm is rated 5 stars on Google and Facebook.

1: According to the latest data from the National Highway Traffic Safety Administration (NHTSA)