Actemra (tocilizumab), a drug prescribed in the treatment of rheumatoid arthritis (RA), is used by more than 760,000 people worldwide. Since first approved by the Food and Drug Administration (FDA) in 2010, Actemra has been linked to thousands of adverse event reports, including 1,128 deaths.

Despite this, Actemra does not come with any warnings or labels indicating a risk of potentially life-threatening complications. This absence of this important warning has sparked a call for further investigation – and possibly legal action against the makers of Actemra.

Have You Been Hurt by a Risky or Dangerous Drug?

Background: What is Actemra & How Does It Work? 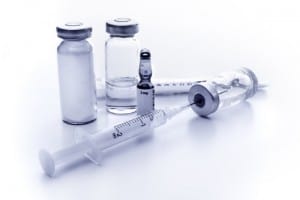 Actemra: Failure to Warn of Side Effects, Linked to 1100+ Deaths

Actemra, an injectable prescription drug manufactured by Roche/Genentech, is primarily used to treat rheumatoid arthritis. RA is an autoimmune disease that causes chronic inflammation, accompanied by periods of exacerbation and remission. The most common symptoms include:

Like most drugs, there are several competitors on the market that provide the same or similar treatment as Actemra. Rival drugs include Enbrel, Humira, and Remicade, all of which include warning labels regarding the associated health risks. Actemra, however, stands out in one very important way. Unlike rival drugs, Actemra does not include warnings about the risks and health complications associated with use of this drug.

Like competing RA drugs Enbrel, Humira, and Remicade, Actemra has been linked to a greater risk of certain complications, such as:

However, according to one news organization (STAT), Actemra may be even more dangerous and risky than rival drugs. That’s because, according to STAT, patients taking Actemra are:

Yet Actemra does not warn of these potentially fatal risks.

Without proper warning, doctors over-prescribe the drug to individuals susceptible to heart and lung injuries and under-monitor these patients. As a result, lawsuits are now being filed against Roche, as physicians were not informed of these potential side effects and consumers were deprived of this valuable information.

Without sufficient warnings, patients are deprived of the ability to make an informed decision when balancing the benefits of Actemra and the potential medical complications associated with the drug.

To date, neither Roche nor the FDA requires Actemra to add appropriate warnings to the drug’s label. Due to this failure to inform and inability to regulate drug safety, a lawsuit may be the appropriate course of action to remedy the harm caused to you or your loved one.

Drug manufacturers like Roche that place profits above the health and safety of those that drive their profits must be held responsible.

Have You Been Harmed by Actemra? Contact a Houston Personal Injury Lawyer at the Amaro Law Firm

If you or a loved one have taken Actemra and suffered medical complications that were not made known, you may be eligible to file suit. To determine if you have a case, contact the Amaro Law Firm’s qualified attorneys today for a free consultation.

Our record of success in dangerous drug (and other personal injury) cases has earned us 5-star ratings on Google and Facebook.