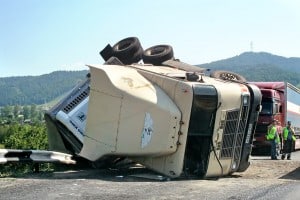 When litigating a truck wreck, you are likely to encounter multiple grounds of negligence.  An often overlooked cause of action is negligent hiring.  Trucking companies tend to do very little when hiring a new driver and many are proud to say they “only hire experienced and trained drivers.”  Thus, negligent hiring can often be established through basic discovery and depositions in litigation.

Texas law recognizes that an employer has a duty to inquire into the competence and qualifications of those he considers for employment. Negligent hiring requires that the plaintiff prove that the employer’s failure to investigate, screen, or supervise its employees proximately caused the injuries the plaintiff alleges.  To sustain such a claim, a plaintiff must show that anything found in the background check would have caused a reasonable and prudent employer not to hire the employee or put the employer on notice of the risk of harm.   Of course, if proper screening or investigation would not have revealed the risk, then plaintiff may not meet its burden of proof for this claim.    Motor carriers tend to do very little when hiring drivers.  In fact, we have had cases where motor carriers have done absolutely nothing except check for a valid driver’s license and pulse.

Recently, more and more motor carriers have begun labeling employees as “independent contractors” to avoid liability.  There are laws that establish whether someone is an independent contractor or not – a defendant cannot simply label an employee as an independent contractor to skirt liability. The right of control is the primary test for determining the employer-employee relationship.  The right to control can be proved by (1) contractual agreement, or (2) by evidence that the tortfeasor was performing services particular to the defendant’s business, or that the defendant actually had a “right” to control the tortfeasor.

The knowledgeable and experienced staff at the Amaro Law Firm are prepared to assist all of our referral partners obtain the most effective results for their clients. We have vast experience investigating and litigating truck wreck cases, including negligent hiring cases.  If you have a case or cases you would like to discuss referring, you can call us at 1-877-892-2797 or e-mail us today.