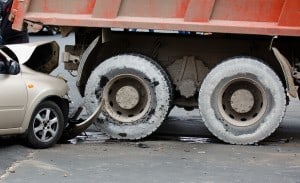 Elements 1, 4, and 5 are pretty straightforward.  The focus of the litigation, and consequently this article, is on elements 2 and 3, which tend to blur together.

Courts have upheld a finding of negligent entrustment when the trucking company hired a driver without inquiring or checking his driving record.  By simply checking the driver’s record, the company would have revealed the employee had several traffic convictions, two wrecks that were his fault, and had his license suspended three years earlier.  Because the company had no actual knowledge of his driving record when they hired their driver, the court found this evidence justified a finding of negligent entrustment.

Alternatively, if a trucking company performs a background check and finds evidence of incompetence or recklessness but entrusts the vehicle anyway, the knowledge element is easily met.  Generally, traffic citations for no insurance are not sufficient.  However, traffic citations for speeding, reckless driving, unsafe lane change, etc., or traffic accidents is sufficient to establish recklessness or incompetence.

In some situations, such as dealer-trade drivers, the dealership may hire unfit drivers for a cheap wage.  Typically, these drivers have little to no experience driving commercial vehicles yet are entrusted the vehicle anyway.  The dealership is unlikely to provide any training to the driver as well because they are simply hired on an as-needed basis.  Similarly, some employment applications contain an “experience,” “qualifications,” or “skills” question.  If the driver lists no experience or skill in commercial driving, it may be enough to establish knowledge.  If the motor carrier provides no training to an unexperienced driver, at a minimum, it should have known the drive was incompetent.

The knowledgeable and experienced staff at the Amaro Law Firm are prepared to assist all of our referral partners obtain the most effective results for their clients. We have vast experience investigating and litigating truck wreck cases, including negligent entrustment cases.  If you have a case or cases you would like to discuss referring, you can call us at 1-877-892-2797 or e-mail us today.