Preservation of Evidence and Spoliation in Texas 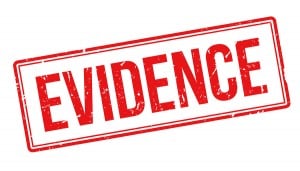 One of the most important things lawyers must do when they take a new case is to proactively work to preserve the evidence.  Although the ethics and civil procedure rules apply to preserving evidence, recent Texas Supreme Court Case law puts a heavy burden on proving evidence was destroyed in bad faith in the 2014 case known as Brooks Bros. Ltd. vs. Alridge.  Thus, sending letters demand preservation of evidence to relevant parties which itemizes as much information possible as soon as possible is the best practice.

These preservation notice letters are interchangeably called “spoliation letters.”  The purpose is to put a party on notice that the evidence is to be preserved for potential litigation.  Violating a spoliation letter can have extreme consequences at trial.  Unfortunately, injured parties do no typically have legal representation immediately after suffering an injury in an incident.  When they do, the investigating legal team may need time to identify the legal names of any responsible parties and unravel the facts of what happened in complicated cases.

Spoliation is the improper destruction of evidence.  Failure to preserve relevant evidence may warrant a spoliation instruction at trial which creates a presumption that if the evidence was preserved, it would weigh against the party.  This functions to ensure that a party does not escape liability by destroying evidence, and thereby hampering the plaintiff’s ability to prove its case.

At trial, Courts may give a spoliation instruction to the jury which tells the jury that, if a party has control over a piece of evidence and fails to retain or produce it, the jury should presume that the evidence would have been unfavorable to the party who controlled the evidence.

In deciding whether a spoliation instruction is appropriate, the court should consider: (1) whether there was a duty to preserve evidence; (2) whether the alleged spoliator either negligently or intentionally destroyed the evidence; and (3) whether the spoliation prejudiced the nonspoliator’s ability to present its case or defense.  Before any failure to produce material evidence may be viewed as discovery abuse, the opposing party must establish that the nonproducing party had a duty to preserve evidence in question.  There must be sufficient foundational showing that the party who destroyed evidence had notice both of potential claim and of evidence’s potential relevance thereto.

In addition to a spoliation instruction, if a party intentionally destroyed evidence and abused the discovery process, the Texas Rules of Civil Procedure allow trial courts to sanction the abusing party.  If a party destroys or fails to preserve relevant, requested evidence during discovery, the trial court may sanction the spoliating party.  In some egregious cases, death penalty sanctions are permitted.