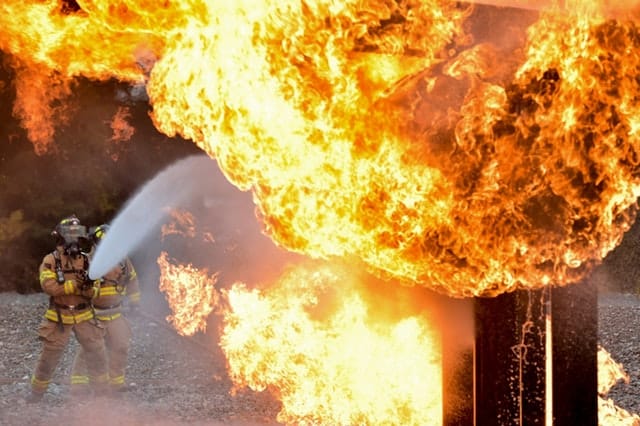 A storage tank explosion at a Corpus Christi petroleum refinery has left critical injuries, extensive property damage, and serious questions in its wake. The blast occurred just after 10 a.m. on Saturday, December 5th at Magellan Midstream Partners, located at Poth Lane and I-37 in Corpus Christi, TX.

Now, officials from local, state, and federal agencies are investigating what caused this explosion and whether it—and the serious harm it caused—could have been prevented.

The explosion now at the center of multiple investigations started with a fire in an above-ground storage tank holding residual white crude oil. The tank was undergoing a routine inspection and cleaning when the fire broke out. Exactly how the fire set off the explosion is a matter of ongoing inquiries.

Minutes after the explosion, at around 10:05 a.m., first responders from the Corpus Christi police and fire departments were first to arrive at the scene. When they did, they found heavy fire and seven victims, four of whom had suffered critical injuries.

According to local reporting, ambulances arrived soon after, and the first victim was transported to Brooke Army Medical Center (BAMC) in San Antonio within 10 minutes of the blast. By about 10:36 a.m., all injured workers had been taken to BAMC.

Ultimately, the flames raged for 4 hours, as more than 60 first responders at the scene fought to quell them. This included personnel from the Port of Corpus Christi Police, the Refinery Terminal Fire Department, and Nueces County ESD#1 (Annaville Fire Department). Finally, around 2 p.m., the fire was extinguished.

By Sunday, according to follow-up reports, all victims were doing better, with two discharged from the hospital and the other five in stable condition.

Routine Cleaning Occurred at the Time of the Blast, Officials Say

The tank maintenance occurring before the refinery explosion was part of standard safety operations, according to facility officials. The maintenance crew was made up of contractors employed by Shelton Services, Inc.

According to Magellan operations manager, Mark Calhoun, the recent blast was the first to occur at the Corpus Christi refinery. Additionally, Calhoun pointed out that Magellan routinely conducts these operations, explaining the process as follows:

We have main lays on the tank so that personnel can eventually enter the tank. Once the tank is clear of all vapors and they go in and clean the tank, if there’s any kind of residual on the floor, they clean that out and that’s disposed of properly. I did the inspection, basically is to make sure the tank is in good shape.

At this time, it is still unclear whether proper protocols and safety procedures were being followed at the time of the blast.

As some officials worked to help victims and snuff flames at the explosion site, others focused on containing the risk to the surrounding community. This included authorities from the Texas Commission on Environmental Quality (TCEQ), the Texas Division of Emergency Management (TDEM), and the Texas Department of Public Safety (TDSP).

Shelter-in-place orders were issued for 2 hours after the blast, and air-quality monitoring indicated that there was zero air contamination.

Refinery Terminal Fire Company is working a fire in the area of 1800 block of Poth. Officials are asking if you are in the immediate area, please shelter in place until further notice. pic.twitter.com/U5mzsUMavj

Several statements were issued after the Corpus Christi explosion. Gov. Greg Abbott highlighted the support the state was ready to provide:

The State of Texas is working closely with Magellan and Corpus Christi officials to aid in the emergency response efforts and to provide immediate help to those injured in the explosion… The state is ready to deploy additional resources to respond to this event and keep the community safe. Cecilia and I ask all Texans join us in prayer for those injured in this explosion, for our first responders, and for the safety of those in the area.

It’s a sad day for Magellan… The welfare of the men that were injured and their families are the first things on our minds. Our thoughts and prayers go out to them… We don’t really know just yet on what caused the fire, but there will be a thorough internal investigation to discover what happened… The safety of our employees and the surrounding community is our top concern and priority.

It’ll be a large effort, but together, hopefully we can find something that was either could be fixed, probable what could come down to the exact nature of what occurred, so that we can hopefully put preventative measures in place.

The affected workers are valued members of our company family. We are saddened by this event. We are praying for and supporting our injured colleagues and their families. All of us at Shelton Services hold safety as our highest priority. We do not currently know the cause of the incident. We are working with Magellan and regulatory officials as the investigation continues.

Magellan Accident Is Just the Latest Blast on Refinery Row

Tragically, the Magellan refinery explosion is not the first fiery disaster to ignite Corpus Christi’s refinery row and grab headlines in 2020. On August 21, 2020, a pipeline explosion at the Port of Corpus Christi killed two, critically injured six, and left two others missing. That blast caused a fire that engulfed a dredging vessel and burned for more than 14 hours. The vessel had reportedly hit a submerged propane pipeline immediately before the explosion.

Although the Port was unaffected by the latest explosion to rock refinery row, Port authorities did send first responders to the scene to assist victims and help extinguish the fire.

Investigations into the Corpus Christi Refinery Explosion Could Take Months

Magellan Midstream Partners, local police, the TDSP, and other authorities from state and federal agencies are all currently conducting investigations into the storage tank explosion in Corpus Christi, TX. Many eagerly await the findings, with the hope that they will reveal more about potential liability for this accident and what can be done to prevent similar explosions in the future.

No matter what the investigations end up uncovering, this tragic refinery explosion demonstrates just how risky these sites can be under even under seemingly mundane conditions—and how crucial it is for victims, families, and the community to get answers in the aftermath.