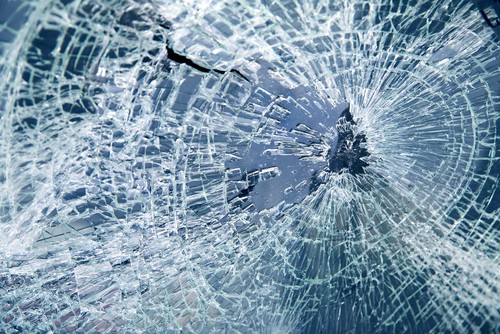 In Sugar Land, Texas, and throughout the U.S., Thanksgiving is most traveled holiday of the year. It’s also the time when most fatal car accidents happen on roads in the Greater Houston area. In fact, a recent study shows that Sugar Land and the other cities in the Houston area see more drunk driving deaths over Thanksgiving weekend than any other region in the nation.

That effectively makes Thanksgiving the deadliest time to be on roads in Sugar Land and Houston.

So, whether you or a loved one is planning to hit the roads this year to celebrate Thanksgiving, here’s what you need to know about the risks and what you can do to protect yourself.

The study, published in December 2019, analyzed holiday crash data from the National Highway Traffic Safety Administration (NHTSA) for major cities across the U.S. The Greater Houston area came in first place, with researchers finding that:

While Sugar Land and the Greater Houston area see most traffic over Thanksgiving, a handful of highways running across the state are also very risky when the holidays hit. According to another study, about 15% of holiday traffic deaths in Texas occur on one of the following highways:

The portion of the I-10 that runs through Harris County has been identified as the deadliest stretch of U.S. highway on Thanksgiving and Christmas.

The Top 10 Most Dangerous Cities to Drive in Over Thanksgiving

Beyond Sugar Land and the Greater Houston area, several other major cities have been found to be extra risky and highly deadly on Thanksgiving weekend. Other U.S. cities in the top 10 list for most traffic deaths on Thanksgiving include:

Also referred to as Drinksgiving, Blackout Wednesday is the Wednesday before Thanksgiving when drunk driving surges across the nation. Experts say that the trend has risen largely due to people returning home and consuming excessive amounts of alcohol with friends and family as they kick off the holiday weekend.

That’s why NHTSA officials are running a national safety awareness campaign from Nov. 25 through 29, 2020, to deter drunk and drugged driving over the Thanksgiving weekend.

It remains to be seen whether the pandemic will put a damper on holiday travel and, if so, whether that impacts accident rates and traffic deaths over Thanksgiving.

In the meantime, here’s what you should know and what you can do if you’ll be on the roads in Sugar Land or anywhere in the Greater Houston area (and beyond) during the holidays.

You can’t control other drivers who share the roads with you over the holidays. You can make safe choices to minimize your risk of an accident. This is what you can do:

Hurt in Any Car Accident in Sugar Land, TX?

Those who have lost loved ones to or have been injured in car accidents in Sugar Land or the Greater Houston area can get answers about their rights and legal options in a free, confidential consultation. The sooner victims speak to an attorney, the sooner they can start pursuing the justice and financial recoveries they may deserve.

Although the losses from severe crashes may never be reversed in some cases, compensation from these claims can help survivors pick up the pieces.