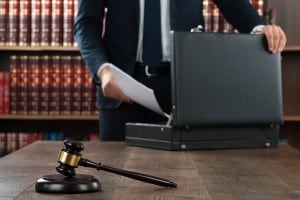 Litigating a personal injury case can be complicated as you have to determine what the injuries are, when and how they occurred, the circumstances surrounding the incident that led to those injuries, whether the injured party has received treatment, and overall the extent of the damages associated with the injury.  In addition, you have to be mindful of the nature of the parties involved in the lawsuit, that is whether they are a natural person or a company, and whether there is any insurance involved or not.  All this information will set the ground for your strategy both in litigation and trial proceedings.  Litigating a traumatic brain injury (TBI) case is 10 times as complicated as there are particular issues that may come up that may catch even the most experienced trial lawyer off guard.  This blog will discuss the legal issues in litigating a TBI case.

There are several type of injuries which can be in the form of soft tissue injury such as minor damage to muscles, ligaments and tendons, and which can result in pain swelling and/or bruising.  There are other types of injuries that can range from lacerations, cuts, fractures to catastrophic injuries such as amputations/loss of limbs, spinal cords injuries, burns, disfigurement, scarring, paraplegia, quadriplegia, electrocution, head trauma, and/or traumatic brain injuries, among others.

Generally, when an individual injures another person, that individual will have to compensate the injured person for both the injuries sustained, and the damages associated with such injuries.  If a lawsuit is filed, the injured person may be awarded special damages such as medical bills, loss of wages, loss of future income, and/or general damages such as pain and suffering, and in some cases even punitive damages.  In traumatic brain injury cases, these damages can be substantial considering not only the severity of a brain injury, but that in some cases, the consequences are devastating and life-changing for the injured person and their families.

For this reason, the defendant or defendants in a TBI lawsuit will do everything possible to avoid liability, which may give rise to several issues that plaintiff’s counsel should be aware of.  The first legal issue is that plaintiff has both the burden of production and persuasion to prove all the elements of his action by a preponderance of evidence standard.  That is, the plaintiff must convince the judge or the jury that it is more likely than not that the facts (incident, causation, injury, damages) are what he or she says they are.  The most controversial points are causation, injury, and damages and this is where most of the time and effort is spent by the plaintiff’s attorney during and before litigation.

Another legal issue that you may face as plaintiff’s counsel in a TBI-related cases is having to overcome the opposing party’s defenses.  The defendant may try to argue and prove that the plaintiff was at fault or that he or she contributed to his or her injuries.  The defendant’s counsel may also try to dig into the plaintiff’s background to determine whether there is something in the plaintiff’s past that could affect his credibility regarding the extent of this injuries, such as previous injury lawsuits, traffic violations (in case the injury was caused by a motor vehicle accident), dishonesty crimes (e.g. fraud, theft, robbery, larceny, etc.), or felonies committed within the last 10 years.  Often, the defendant will argue that pre-existing mental issues were present and attempt to confuse the jury as to those mental issues post-wreck.

Additionally, defendant’s counsel may concede that the incident did occur, and that it was in fact defendant’s fault but that there are no injuries as a result of the incident, let alone a traumatic brain injury.  This defense argument can represent a challenge especially when dealing with mild traumatic brain injuries where both the signs and symptoms are not readily apparent.  For instance, if the plaintiff received injuries in a motor vehicle accident wreck caused by the defendant, and the plaintiff was taken to the emergency room where a series of studies were performed such as CAT scans, and a Glasgow Coma Scale Evaluation, and both the signs and symptoms “appeared normal” to the emergency personnel, the defense attorney may use that against the plaintiff by arguing there is no brain injury.  An experienced attorney in TBI-related cases should know that not all brain injuries will display apparent signs or symptoms of the injury, and that in some cases further tests or exams may be needed to determine whether the plaintiff did in fact suffered or not a traumatic brain injury.  In addition, an experienced attorney in TBI cases should take proper steps to challenge the defense expert witness’ opinion.  For more information about this please read our blog titled “Proving Defense Expert’s Opinions Are Inadmissible.”

There are far more legal issues that can arise in a traumatic brain injury case and which can make a TBI-related case far more challenging than the conventional personal injury case.  The attorneys at the Amaro law firm have vast experience dealing with these type of cases, and have successfully litigated brain injury cases where this type of issues have come up.  Call us for a free evaluation of your case.