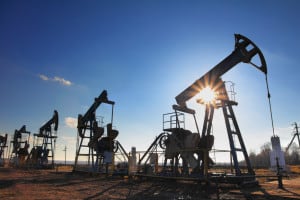 With the death of one worker confirmed following the October 15th oil rig explosion on Lake Pontchartrain, the rig’s owner, Clovelly oil Co., has drawn some attention regarding its safety record.  The incident landed seven other workers in the hospital, but it is not Clovelly’s first brush with safety concerns.

What happened on October 15?

The platform where the explosion occurred connected five different wells on Lake Pontchartrain, all of which are owned by Clovelly, and is used primarily for storage—not active drilling.  Despite this, Clovelly’s public statement released in the immediate wake of the incident explained that “Clovelly does not know if any oil was discharged into the lake.”

Though the exact cause of the explosion remains unclear, it has been confirmed that a Houston-based subcontractor was cleaning the platform’s pipes when the explosion occurred; this has led many to speculate the explosion was caused by some combination of cleaning materials and oil or natural gas stored at the platform.[i]

In addition to the one worker who lost his life, the incident landed seven other employees in the hospital, three for an extended period of time.

Who is Clovelly Oil Co.?

Clovelly operates twenty-five different wells throughout three Louisiana counties, mostly in Jefferson and Evangeline Parish.  Despite its relatively minor status as a player in the Louisiana oil industry, this is not the first time it has made headlines in recent history.

In addition to being a defendant in a 2013 lawsuit brought by the Southeast Louisiana Flood Protection Authority against over 100 companies for eroding and degrading the Louisiana Coast, Clovelly received public scrutiny following a 2003 welding fire on the same Lake Pontchartrain platform.[ii]  That fire was caused by a welding spark which ignited a gas tank, causing a fire that lasted for more than 45 minutes; one employee was seriously injured trying to extinguish the flames.

Though it remains unclear whether damage to the platform is too extensive to permit further use of the Lake Pontchartrain facility, the explosion serves as a blunt reminder of the types of accidents that frequently occur in oil and gas industry jobs, whether on an active drilling site or not.  In addition to fires and explosions like those that occurred on the Lake Pontchartrain platform, some of the most common causes of oil rig injuries include:

Can General Contractors be Held Responsible for Injured Subcontractor Employees?