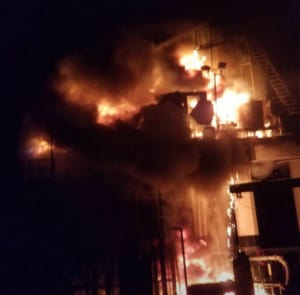 On Sunday, Oct. 15th just after 7 p.m., an oil rig explosion on a lake north of New Orleans injured seven people and left another man missing. While the investigation into the causes of this rig explosion is ongoing, authorities suspended the search for the missing man, 44-year-old Timothy Morrison, Monday evening, roughly 24 hours after the explosion.

At this time, the rig, located in Lake Pontchartrain (near Kenner, Louisiana), is believed to have ignited due to cleaning chemicals on the surface of the platform. When the explosion occurred, the platform was reportedly undergoing routine maintenance.

While it is believed that the blast from the explosion did not damage nearby homes, residents reported hearing the blast and experiencing pebbles raining down on their homes as far as 10 blocks away. The fire from the explosion raged for hours and was reportedly under control by Monday morning.

The platform, owned Clovelly Oil Co., is still mid-production and is used to transfer oil from local wells. According to authorities, Clovelly Oil hired a Houston-based subcontractor to clean the pipes on the platform.

The Impacts & Aftermath of the Lake Pontchartrain Oil Rig Explosion 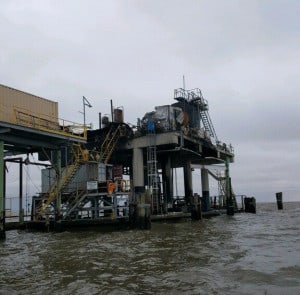 Clovelly employees & contractors were hurt in the blast.  One man is still missing.

Three of the seven injured people remain hospitalized in critical condition with severe burns and other blast-type injuries. One individual is still in the intensive care unit. The remaining injured people have reportedly been discharged.

According to a statement from Clovelly Oil, three of the injured people are Clovelly employees, and the other four are employees from two different subcontractors. The still-missing man is an employee of a subcontractor.

Tragically, the catastrophic injuries caused by this oil rig explosion may not be the only impacts of the blast. Officials have acknowledged that an oil leak may have occurred, potentially polluting Lake Pontchartrain. No other details regarding a possible oil leak have been made public.

In the official statement released on Monday, Clovelly explained that its top priorities are to:

Protect the safety of all responders and workers on the scene, to locate the missing employee, to render medical care to the injured employees of Clovelly and its contractors and to minimize any impact on the public and to the environment.

[The company] has activated its emergency response plan, mobilizing equipment and personnel to assess and address the incident and has notified all appropriate state and federal agencies.

Clovelly is cooperating with all federal/state agencies, including the Bureau of Safety and Environmental Enforcement, under an approved plan.

Pollution and salvage experts are currently en route to the scene.