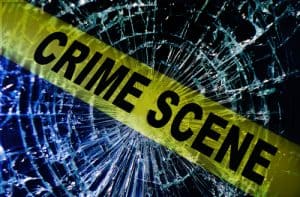 At around 3:40 p.m. on Thursday, January 3rd, a multi-vehicle crash on Gainesville, Florida’s I-75 killed five children and two adults while leaving a fiery explosion in its wake. According to the Florida Highway Patrol (FHP), the accident started when a semi-truck heading northbound suddenly veered into an adjacent lane of traffic at around Mile Marker 394.

That semi reportedly collided with a passenger vehicle, which caused both vehicles to crash into and break through the guardrail. As these vehicles entered the oncoming southbound traffic, the semi-truck reportedly crashed into a passenger van and a second semi-truck.

According to the FHP’s preliminary investigation, the passenger van rolled over multiple times, ejecting and killing 5 children between the ages of 9 and 14. The van was reportedly headed for Disney World.

Leaking diesel fuel from both semi-trucks then burst into a huge, fiery explosion. The drivers of both of the big rigs were also killed in this tragic truck wreck.

Investigators believe that, at that point, a fifth vehicle hit and ran over some of the ejected victims and surrounding debris.

At least seven victims of this wreck were left with critical injuries and were transported to nearby hospitals for emergency care.

Following the accident, the area of the crash site on the I-75 remained closed for about 12 hours as the FHP carried out its on-scene investigation and emergency crew worked to clean up the debris. While the site has since been reopened, authorities have warned motorists to be careful passing through it because the fire significantly damaged the roadway.

As the investigation continues, the FHP has released few details about their findings regarding the causes of this tragic wreck. What has come to light so far, however, are the following facts:

Typically, investigations into complicated crashes like this one take some time. This investigation, however, is expected to take longer, partially due to the fact that the government shutdown has prevented the National Transportation Safety Board (NTSB) from sending out a team to support and assist in the investigation.

As victims, families, and communities grieve, they also eagerly await answers – and, likely, the opportunity to hold the at-fault party (or parties) accountable for this tragedy.

Please don’t hesitate to contact us if you have any information about this accident – or if you have been harmed in any type of crash and need helpful advice regarding your legal options for  justice and recovery.