2 Dead & 10 Injured after Head-On Collision between a School Bus & a Semi-Truck in Bloomington, IL 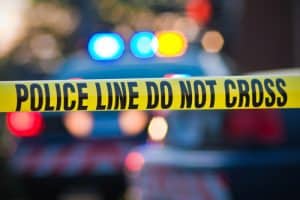 At about 8:32 p.m. on Wednesday, Dec. 5, a semi-truck and a school bus were involved in a deadly head-on collision just south of Bloomington, IL.

According to investigators, the semi-truck driver was going the wrong way on west Interstate 74 (I-74) just before the crash. The school bus, which was transporting 3 adults and 8 students on a freshman girls’ basketball team, was reportedly heading back to Normal Community West High School after a game.

The 34-year-old male driver of the semi-truck and a 72-year-old male passenger on the school bus suffered fatal injuries. The school bus driver and the basketball coach were airlifted to a nearby hospital for critical care. While the bus driver is reportedly in “critical” condition, the coach, who suffered multiple fractures and will need surgery, is reportedly in “fair” condition.

The 8 students on the bus were also transported to a nearby hospital for various injuries, none of which were reportedly life-threatening. By about noon on the Thursday following the crash, all 8 students had reportedly been released from the hospital.

Authorities have not shared any additional details about this truck crash due to their ongoing investigation.

What Could Have Caused Such a Horrific Wreck?

As families wait for answers and authorities continue their investigation, many are now asking why the semi-truck driver was traveling the wrong way on I-74 and what could – and should – have been done to prevent this devastating crash.

Along with witness statements, evidence like (but not limited to) the following may play a pivotal role in establishing exactly why the trucker was traveling the wrong way on I-74 and precisely who is to blame for this horrific accident:

As victims, families and the entire community await more details, the school has taken action to provide crisis counselors for students and staff, and others are planning memorials for the victims of this fatal wreck.

The Amaro Law Firm Extends the Deepest Condolences to Everyone
Who Has Been Harmed by This Deadly Bus & Truck Accident.

Please don’t hesitate to contact us if you have any information about this wreck – or if you have been harmed in any type of crash and need helpful advice regarding your legal options.