Has your insurance company said they cannot inspect your hail damages for weeks or months?

NEWS: Reports from local property owners state that they are getting the run-around from their insurance company about recent hail damage.
Haven’t had a return call from filing your claim? Adjuster not out to your property yet? This could be evidence of “bad faith” practices from your insurance company!

Thankfully, the Texas Insurance Code gives has you covered.  Insurance companies cannot wait months to inspect your property or delay payments for damages. 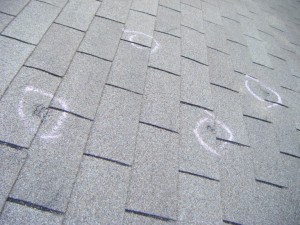 Perhaps, the insurance companies are intentionally delaying handling your inspections or paying to fix the damages so you will be compelled to pay for it out of pocket yourself.  If you don’t fix your hail damage right away and prevent additional damage from occurring, such as leaks, the insurance company could point the finger at you and fight covering the claim.

Don’t be a victim twice.  Arm yourself with the Texas Insurance Code sections below and stand up to bad faith insurance practices.  If they do not follow the law, they have to pay for your legal fees.

(1)  knowingly misrepresenting to a claimant pertinent facts or policy provisions relating to coverage at issue;

(2)  failing to acknowledge with reasonable promptness pertinent communications relating to a claim arising under the insurer’s policy;

(3)  failing to adopt and implement reasonable standards for the prompt investigation of claims arising under the insurer’s policies;

(4)  not attempting in good faith to effect a prompt, fair, and equitable settlement of a claim submitted in which liability has become reasonably clear;

(5)  compelling a policyholder to institute a suit to recover an amount due under a policy by offering substantially less than the amount ultimately recovered in a suit brought by the policyholder; 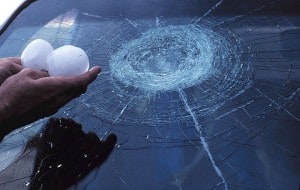 NOTICE OF ACCEPTANCE OR REJECTION OF CLAIM.  Sec. 542.056 of the insurance code requires insurance companies to notify a claimant in writing of the acceptance or rejection of a claim not later than the 15th business day after the date the insurer receives all items, statements, and forms required by the insurer to secure final proof of loss.  If the insurer rejects the claim, the notice must state the reasons for the rejection.  If the insurer is unable to accept or reject the claim within the period within that same period, they shall notify the claimant of the reasons that the insurer needs additional time.  The insurer shall accept or reject the claim not later than the 45th day after the date the insurer notifies a claimant under this subsection.

EXTENSION OF DEADLINES.  Sec. 542.059 of the Texas Insurance Code states in the event of a weather-related catastrophe or major natural disaster, as defined by the commissioner, the claim-handling deadlines imposed under this subchapter are extended for an additional 15 days.

DELAY IN PAYMENT OF CLAIM.  Sec. 542.058 of the Texas Insurance Code states that if an insurer, after receiving all items, statements, and forms reasonably requested and required under Section 542.055, delays payment of the claim for a period exceeding the period specified by other applicable statutes or, if other statutes do not specify a period, for more than 60 days, the insurer shall pay damages and other items as provided by Section 542.060.

You may report any and all bad faith practices to the Texas Department of Insurance here if left with no recourse.  It only takes a few minutes to file a complaint online.