Following an 18-wheeler accident, victims may have a claim against the party (or parties) whose negligence contributed to the wreck. When they do have a truck accident claim, it will be up to victims to prove the nature and impacts of the involved negligence.

In other words, the burden of proof in truck wreck cases lies with the victims (i.e., the plaintiffs in these cases).

Knowing how to prove negligence – and how defendants in these cases may try to avoid or limit their liability – can be integral to the success of a truck accident claim.

Have You or a Loved One Been Hurt in a Truck Wreck?

for a Free Case Evaluation

We are ready to review your potential case and explain your recovery options in the aftermath of a truck accident. Free virtual and mobile consultations are available for those who cannot visit our offices. 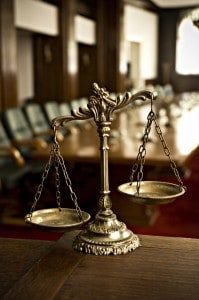 The defendants in truck accident claims can include truckers, trucking companies, shippers, trucking brokers and others. In many cases, these (or other) defendants are represented by insurance companies. For simplicity’s sake, we will only refer to “defendant” in general in the following.

The details and evidence associated with a truck accident can impact the nature of the defense arguments used by a defendant in a given claim. In general, however, the following are some common strategies that defendants in these cases may use to try to fight victims’ claims, limit liability and avoid paying victims compensation:

A tuck accident lawyer at the Amaro Law Firm can help you anticipate and prepare for these and any other defense tactic(s) that may be used against your claim. That can be key to presenting the strongest possible case and finding any possible financial recovery.

Get Important Answers about Your Potential Truck Wreck Claim: Contact a Truck Accident Lawyer at the Amaro Law Firm

A truck accident lawyer at the Amaro Law Firm can provide you with exceptional advocacy and representation when it is time to recover from a wreck.

Call (877) 892-2797, text (281) 612-8024 or email our firm for a free consultation. We have extensive experience representing truck accident victims from across the U.S. in various types of claims. Let us put our experience, skills and insight to work building you a strong claim.

The Amaro Law Firm’s record of success in truck accident claims has earned us 5-star ratings on Google and Facebook.