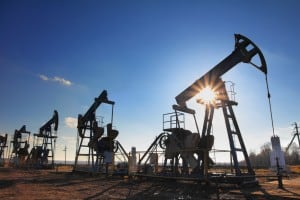 Equipment failure and a falling load are to blame for a fatal oil field accident that occurred just before 8 a.m. on Monday March 13th. According to reports, the accident took place at a site in Alvin that’s owned and operated by Denbury Resources, Inc. The site is located at the intersection of Highway 35 and County Road 129.

Workers were using a pulley-and-hook system (or a “snatch-block”) to try to move a piece of heavy equipment to the top of an oil platform. The equipment, weighing several thousand pounds, ended up falling from the snatch-block when the pulley broke. The falling load fatally crushed one worker.

On the morning of March 14th, a worker was involved in an incident while working on a rig in the Hastings oil field. Denbury and its contractors are working closely with local public officials following the incident, and the investigation is ongoing.

Little other details, including the identity of the deceased worker, have been revealed. ABC News is continuing to monitor the situation and report the latest on this investigation.

Tragically, fatal oil field accidents like this one happen far too often. According to some reports, at least 100 workers are killed in oil field accidents each year – and the death rate for oil field workers is about 8 times  higher than the average all-industry rate (of 3.2 per every 100,000 workers).

Equipment failures (like the one in the tragic news story above) can be caused by various and multiple factors, such as:

In addition to equipment failures, other factors that can contribute to fatal oil field accidents include (and are not limited to):

In these (and various other) situations, employers may be liable for the accidents and resulting losses. If you suspect that some type of negligence may have contributed to your oil field accident, it’s time to contact a Houston oil field accident lawyer at the Amaro Law Firm.

Contact us today at (877) 892-2797.  Or email us. Our attorneys are ready to answer your questions and provide you with the information you need to move forward with a potential claim and position it for success.