Baytown Refinery Explosion Injures 4, May Be Linked to an Equipment Line Leak 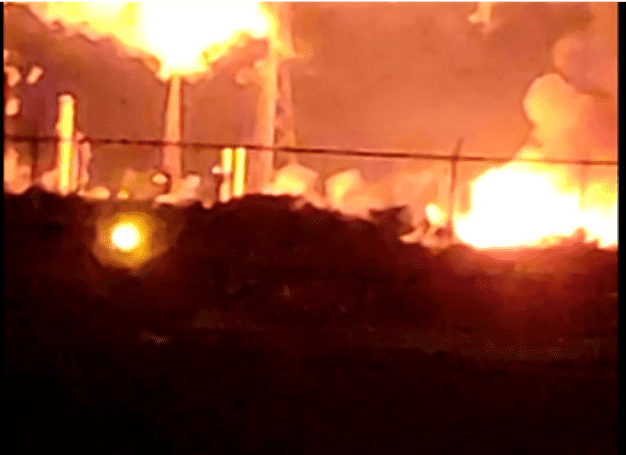 A massive explosion has once again rocked the ExxonMobil Baytown Refinery. The latest blast occurred at about 1 a.m. on Thursday, December 23rd, injuring four and igniting a devastating fire. It also sent terrifying shockwaves through local neighborhoods, rattling homes and petrifying residents.

The injured were immediately rushed to local hospitals, but it took nearly 9 hours for emergency responders to extinguish the fire.

Now, the work to investigate and clean up this refinery explosion begins. As it continues, many are demanding answers about what exactly caused this industrial accident and what should have been done to prevent it.

A Timeline of the Emergency Response to the Baytown Refinery Fire

Just after 1 a.m., local authorities responded to the Baytown facility, working quickly to assist the victims and try to contain the blaze. According to Harris County Sheriff Ed Gonzalez, the four victims needed emergency medical care, with three being airlifted to local hospitals while the fourth was transported via ambulance.

For now, no reports to evacuate or shelter-in-place. Four persons may be injured; three taken by Lifeflight and one by ambulance. #HouNews https://t.co/4xE2OIRxpy

About an hour after the initial explosion, ExxonMobil issued a public statement about the fire, stating that the company was working with local officials at the scene.

Around 1 a.m. on 12/23/2021, a fire occurred at our facility. At this time, emergency vehicles and smoke may be noticeable to the community. We are coordinating with local officials, and working to resolve the issue as soon as possible.

At about 5:30 a.m., a press conference was held to share updates that:

“At this time, we’re still collecting all that information. We will conduct a full and thorough investigation,” explained Rohan Davis, a refinery manager at the Baytown facility. An hour later, a similar update was posted online.

At around 9:30 a.m., emergency crew finally extinguished the fire, as air quality monitoring and cleanup efforts got underway.

ExxonMobil reiterated that the causes of the fire were still unknown while affirming their ongoing cooperation with the investigation. The company also announced a hotline (1-800-241-9010) “for community members affected by this incident.”

Through Davis, ExxonMobil also confirmed that the victims are now in stable condition. No other information about their injuries has been released, however.

After the refinery explosion, authorities conducted air quality monitoring to assess the impacts of the blaze. Davis explained that no adverse impacts had been detected to date, noting that “[Air quality test] results so far have shown no impact to the community from an air quality perspective.”

He also noted that the company would continue working with regulators to monitor air quality, as required.

Echoing this, ExxonMobil has issued a statement explaining that:

Our Industrial Hygiene staff continues air quality monitoring at the site and fence line. Available information shows no adverse impact at this time, … [and we are] coordinating with authorities as appropriate.

Hydrotreater Leak May Have Caused the Baytown Refinery Accident

ExxonMobil has not confirmed the explosion or the cause of the fire at the Baytown Refinery. Despite the company’s silence, initial reports are beginning to emerge and highlight some potential causes.

According to insiders, the fire broke out in a hydrotreater in the facility’s gasoline-producing unit. The hydrotreater, which uses hydrogen to remove sulfur from oil and convert it into diesel, reportedly had a leaky line.

In fact, insiders say that a leak in the bypass line caused the hydrotreater to be shut on Wednesday, the day before the accident.

The four who were injured were reportedly contractors who were repairing the leaky hydrotreater at the time of the explosion.

Although no one died in the blast, it was strong enough to shake nearby homes, with some locals likening it to a strong earthquake or the detonation of a bomb.

As investigations continue, many hope for greater insight about what went wrong with the hydrotreater and whether other issues may have contributed to this industrial accident.

Tragically, the recent refinery explosion in Baytown, TX, is the second one to occur at this facility within the past three years.

In July 2019, an explosion and fire broke out at this same plant, requiring 66 people to seek medical care while about 5,000 locals were ordered to shelter in place.

That industrial explosion came on the heels of a fire that happened at the refinery in March 2019. In the March fire, the flames were extinguished within hours, but the incident released toxic pollutants for at least 8 days after the fire. Harris County ended up suing ExxonMobil over this incident, citing violations of the federal Clean Air Act.

About the ExxonMobil Baytown Refinery

As the fourth biggest oil refinery in the U.S., the ExxonMobil Baytown plant employs about 7,000 workers and produces roughly 560,500 barrels a day. It covers about 3,400 acres in the Houston Ship Channel, sitting roughly 25 miles east of downtown Houston.

The Baytown plant houses an oil refinery, a chemical plant, an olefins plant, and a technology center. In addition to its oil refining activities, this facility also processes propane and propylene, materials used in plastics and industrial products.

Authorities from several agencies continue to investigate this Baytown refinery accident, looking for answers and accountability.

No matter what they find, this tragedy highlights just how risky oil refineries can be and how often horrific accidents can happen at a single facility. It also shows how vital answers are to preventing similar accidents and injuries in the future.

If you are a victim or a witness with potential knowledge, no matter how minor it may seem, please contact us to share your information. We can make sure it gets to the right place.