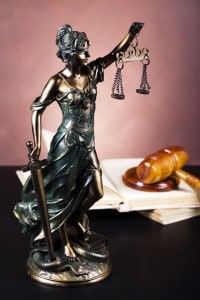 On May 6, 2011, the plaintiff suffered a lower back injury while working for Amigos Meat Distributors, L.P. Amigos initially agreed to pay for the plaintiff’s medical treatments, which first focused on conservative treatments like physical therapy and chiropractic care.

After three months, however, Amigos stopped covering these costs after surveillance of the plaintiff showed him carrying a laundry basket.

Over the next two years, the plaintiff continued to seek medical care for his work-related back injury, including undergoing surgery to relieve back pain.

The claim eventually went to trial, ending with a jury verdict for the plaintiff in the amount of $287,809.94. Amigos appealed this verdict, alleging that:

Though the court has yet to issue a ruling on the appeal, this case uncovers the following legal questions.

To Discuss a Potential Case Referral

Question 1: How much causation evidence is necessary to consider past medical expenses?

Here, the burden is met upon the showing that:

Through this evidence, Mr. Guzman meets the initial requirement of introducing expert testimony in accord with JLG Trucking, LLC v. Garza.  To solidify his position, Dr. Reynolds testified his causation opinion was based largely on Mr. Guzman’s medical history of an asymptomatic preexisting condition that became symptomatic immediately after the accident.

Takeaway: When expert testimony is required, there must be a causal link between the injury and necessity for the surgery based on a reasonable medical probability.  Any procedure should be premised on fixing problems caused by the incident, rather than asymptomatic issues.

Question 2:  Can medical expenses in excess of those actually paid (to the medical facility) or incurred be presented?

The Fourteenth Court of Appeals distinguishes Haygood1 upon the presence of a third party with a security interest in the medical costs incurred by a plaintiff.  See Katy Springs & Mfg. v. Favalora, 476 S.W.3d 579 (Tex. App.—Houston [14th Dist.] 2015, pet denied). Specifically, the court wrote, “[the] factual situation before us does not fit neatly into section 41.0105 of the Haygood court’s ruling.”  Id. at 602.

By showing the presence of a third party, such as HMRF, as opposed to typical insurance and healthcare provider(s), Guzman establishes his liability.

Therefore, the liability for the full amount of the medical providers’ bill remains, regardless of what the third party paid the medical providers to obtain rights.  Amigos, at *6.  Based on the presence of HMRF, Haygood cannot support Amigos’s claim while caselaw, such as Favalora, provides guidance based on exceptionally similar facts.  See Favalora at 601, 604.

Takeaway: Yes, upon the presence of a third-party financer, Haygood does not control.

Question 3: Where does the court draw the line for improper questioning and argument between admissible statements of record and incurable error?

Incurable statements are rare and generally encompass arguments that strike at the courts’ impartiality, equality, and fairness because they inflict damage beyond the parties and the individual case under consideration if not corrected.  E.g., Nguyen v. Myers, 442 S.W.3d 434, 441-42 (Tex. App.—Dallas 2013, no pet.).

The primary question from the direct examination of Amigos’s office manager was not answered at trial, and it was not disputed that surveillance of Mr. Guzman had occurred in general.  Amigos, at *11.  With an objection sustained and an unanswered question, Amigos fails to meet the high burden of incurable and proper argument.  Id.

The question(s) presented by Plaintiff’s counsel do not strike the Court’s impartiality, equality, and fairness due to the absence of damage inflicted beyond the parties and this case if not corrected.  Id.

Amigos argued that the remarks made by Guzman’s attorney were tailored to sway the jury away from making a decision based solely on evidence.  Id at *13.  The court, however, views the record as a whole, not limited to the complained of remarks.  Id.  To provoke incurable error, here, such a finding could not be made when all complained of remarks were in response to the complaining party’s statements or actions.  Id. at *14.

Takeaway: Incurable statements are rare and generally encompass arguments that strike at the courts’ impartiality, equality, and fairness because they inflict damage beyond the parties and the individual case under consideration if not corrected.

The Amaro Law Firm accepts referrals for work injury cases, personal injury cases, truck wreck cases, product liability claims, mesothelioma claims and more. If you have a case you would potentially like to refer to us, we invite you to call (877) 892-2797 or email our firm.

Our record of success in various types of cases has earned us 5-star ratings on Google and Facebook.