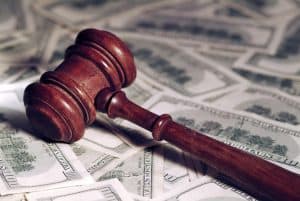 The first case Roundup case to go to trial has ended in a resounding victory for the plaintiff. On Friday August 10, a San Francisco jury handed down a massive $289 million verdict to a 46-year-old former groundskeeper who alleged that he had developed non-Hodgkin’s lymphoma (NHL) after using Roundup herbicide spray for more than two years. The verdict includes $39 million in compensatory damages and $250 million in punitive damages.

While Monsanto vows to appeal this verdict, the award is highly promising for the more than 4,000 other plaintiffs whose Roundup cases are still moving through the courts.

Background on the Risks Associated with Roundup Herbicide

Made by the Monsanto Company, a subsidiary of Bayer, Roundup is a popular herbicide that has been used for commercial and noncommercial farming and gardening purposes since 1974. Its primary active ingredient, glyphosate, can prevent weed and grass growth by inhibiting plants from producing certain amino acids.

Roundup is typically diluted with water and sprayed on yards or crops. This means that it has the potential to become airborne, especially on windy days, and inhaled.

Despite being an effective herbicide, Roundup has reportedly been linked to an increased risk of non-Hodgkin’s lymphoma and certain other cancers. In fact, while a 2003 study found that farmworkers exposed to Roundup had an elevated risk of developing non-Hodgkin’s lymphoma, a 2008 study found that Roundup exposure could double the risk of NHL within 10 years of exposure.1

In addition to these (and many other) studies that have shed light on the potentially deadly risks linked to Roundup exposure, the International Agency for Research on Cancer (IARC) has determined that the glyphosate in Roundup is “probably carcinogenic to humans.”2

Have You or a Loved One Been Diagnosed with Cancer after Exposure to Roundup?

Legal experts expect more Roundup lawsuits to be filed against Monsanto in the wake of this groundbreaking verdict. Nevertheless, Monsanto remains resolute in fighting these cases and appealing the $289 million verdict.

As Monsanto’s Vice President Scott Partridge explained in a statement issued immediately after the jury’s decision was announced:

[The verdict] does not change the fact that more than 800 scientific studies and reviews – and conclusions by the U.S. Environmental Protection Agency, the U.S. National Institutes of Health and regulatory authorities around the world – support the fact that glyphosate does not cause cancer, and did not cause [the plaintiff’s] cancer.

Whether Monsanto’s appeal will be granted will likely have significant impacts on whether the company will continue to try to fight these claims in state and federal courts across the U.S. – or whether it will make moves to settle the thousands of claims it’s facing.

If you or a loved one has been diagnosed with cancer after being exposed to Roundup, you can turn to the experienced lawyers at the Amaro Law Firm for answers about a potential claim and exceptional advocacy moving forward. We are highly experienced at going up against big companies, like Monsanto and Bayer, to:

Get Answers about a Potential Roundup Claim: Contact a Houston Personal Injury & Product Liability Attorney at the Amaro Law Firm

A Houston personal injury attorney at the Amaro Law Firm is ready to discuss your situation, explain your legal options and help you take the right steps to get on the road to recovery if you or someone you love has been diagnosed with cancer after exposure to Roundup.

The Amaro Law Firm is proud to represent people from across the U.S. in Roundup (and other dangerous product) claims, and we provide free virtual and mobile consultations to those who cannot visit our offices. Our enduring record of success, excellence and professionalism in dangerous product cases has earned us glowing testimonials from former clients and 5-star ratings on Google and Facebook.