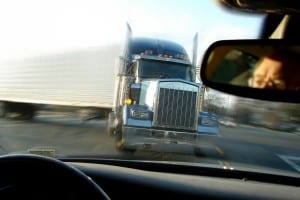 Yesterday a major truck wreck occurred on I-10 near Rose City that claimed the lives of two people.  Sixty-eight-year-old Laura Blevins and sixty-one-year-old Donald Blevins were killed when a westbound 18-wheeler lost control and crossed the concrete divider hitting their eastbound pickup truck.  Donald Blevins was in the passenger seat at the time of the accident.  The 33-year old truck driver from Louisiana, whose name has not yet been released, was transported to a nearby hospital with serious injuries.  Another driver, fifty-five-year-old John Duff from Beaumont, suffered only minor injuries.  The incident caused traffic to be stalled for several hours.

Even though the cause of the wreck is still under investigation, it is clear the 18-wheeler crossed from the westbound lanes into oncoming traffic, which caused a major and catastrophic wreck.  Under federal law, trucking companies are responsible for hiring and training safe truck drivers. Truck drivers are also prohibited from texting while driving and must be trained to have constant attention on the road.  Federal law also limits how often and how long a truck driver can operate the 18-wheeler to avoid driver fatigue.

Federal trucking laws impose strict regulations on commercial truck drivers and commercial trucking companies in order to protect the public from accidents like this.  Anyone who disregards the federal regulations and puts the public at risk must be held accountable for their actions.  If you are an eye-witness, a relative of the deceased, or passed by the 18 wheeler accident near Rose City, Texas on January 11, 2017, the information you have may be helpful for the investigation of this wreck. Please contact us at 877-892-2797.

WARNING: If an individual approaches an accident victim or accident victim’s family in an attempt to convince them to sign up with an attorney, those acts may constitute illegal conduct known as barratry.